Mattea Geraci is happily retired after having worked for years in a pharmaceutical company. She approached trail running years ago with her husband who unfortunately left her alone in 2015 due to a serious illness. Running, and in particular ultra trails, helped her to move forward and to smile again. She started training seriously with Trail Running Movement in 2016 and she is finisher of important races such as the Tor des Geants, the Marathon des Sables, the UTMB, the Boa Vista. Today, in addition to collaborating with Trail Running Movement, she volunteers as a ward clown in hospitals, and with the Maratonabili Association pushing the wheelchairs of “special” athletes to the finish line. 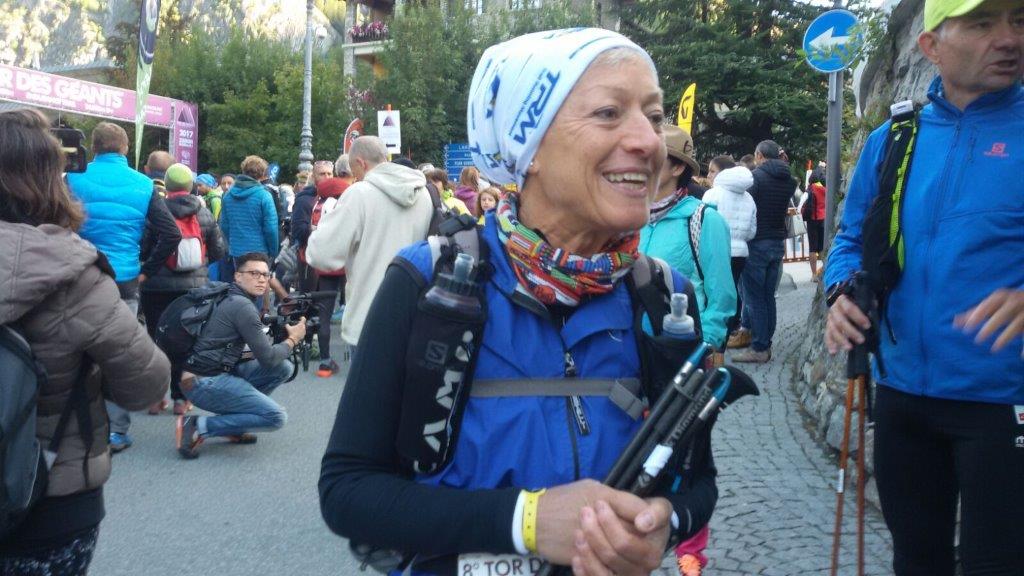 Why did you choose to participate in the Costa Brava Run 125K?

I chosed the Costa Brava Run because it is a stage race and is 120km long. Perfect for my characteristics: I manage daily distances of 40-50K quiet well and I recover quickly. Furthermore, this year I’m preparing for the Namibia Ultra Marathon which will be in May.

Tell us about the race and the track, what are the particular aspects that characterize this ultra trail?

It is a 3-day run by the sea crossing the entire Costa Brava from Blanes to Portbou. Incredible beaches, turquoise waters, botanical gardens, small fishing villages. All this during 125 km, passing through 2 Natural Parks, such as the N.P. Montgrí, Illes Medes i Baix Ter and the N.P. Cap de Creus, the Marimurtra Botanical Garden in Blanes, and the Pinya de Rosa Tropical Garden also in Blanes. 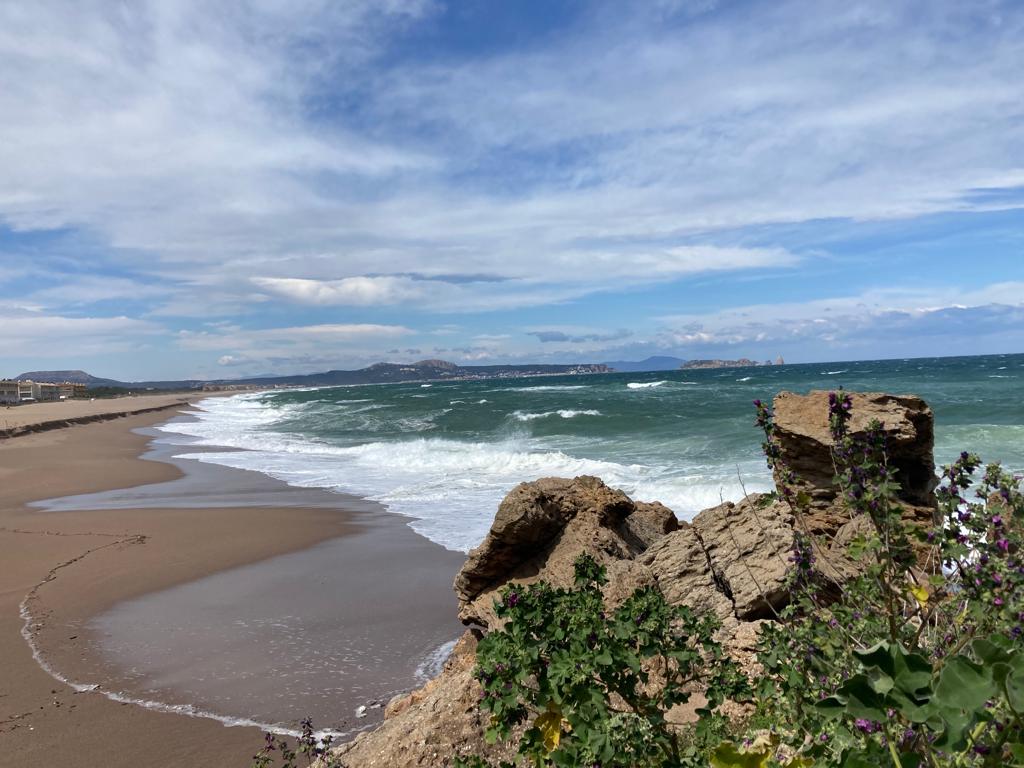 The Costa Brava Run surprised me, the views are spectacular, especially the rocky passages. The first stage is quite comfortable, as it is only 23km with 1000m of elevation gain, while the other two stages are 50km long. 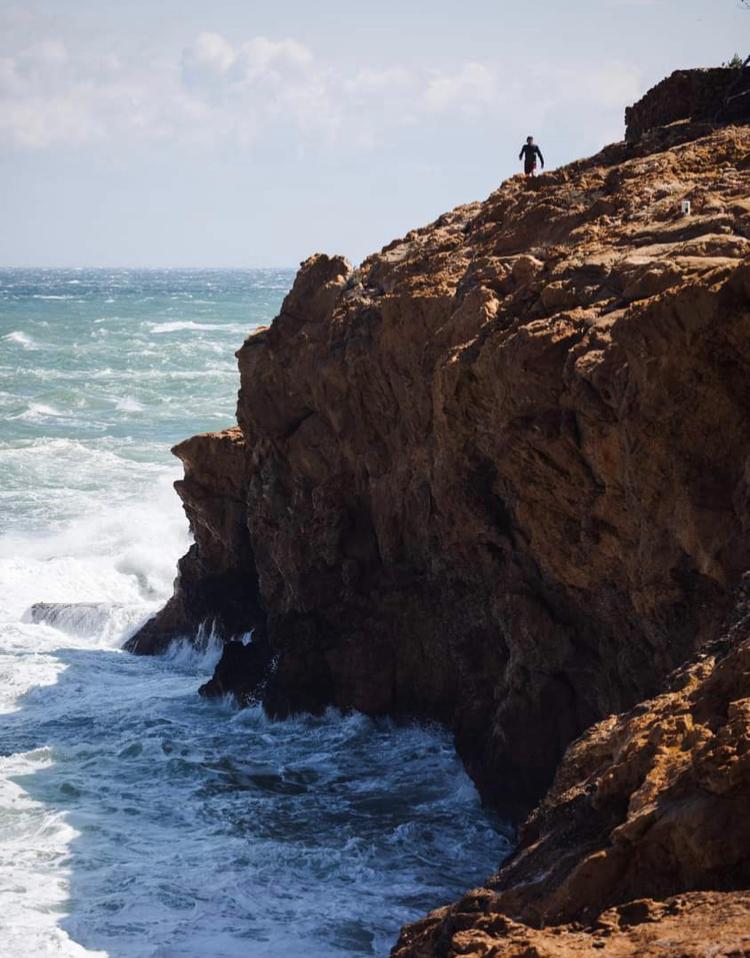 The track develops partly on the coast and partly in the hinterland and has long and continuous gradients and ups and downs that put a strain on your legs. Among the things you do not expect there is, for example, a passage with sea water that reaches your waist and the waves that crash on you. 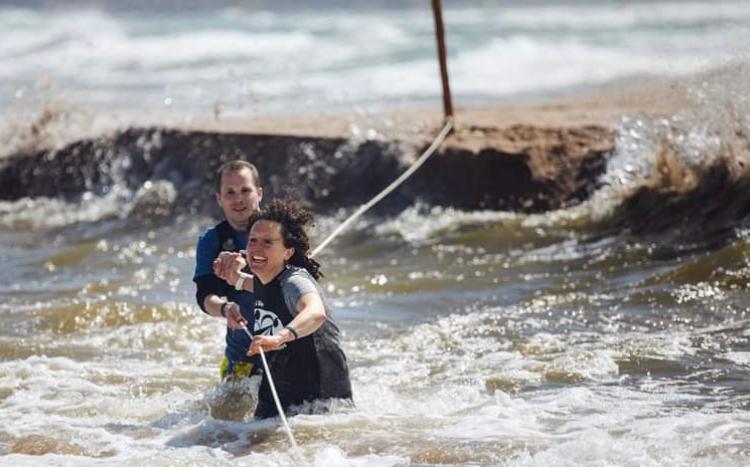 And also, talking about unforgettable things, the many stone and wooden stairs that connect beaches and coves that you cross during the race and the stone paths just a few steps from the intense blue sea and the scents of the typical Mediterranean flora bushes. 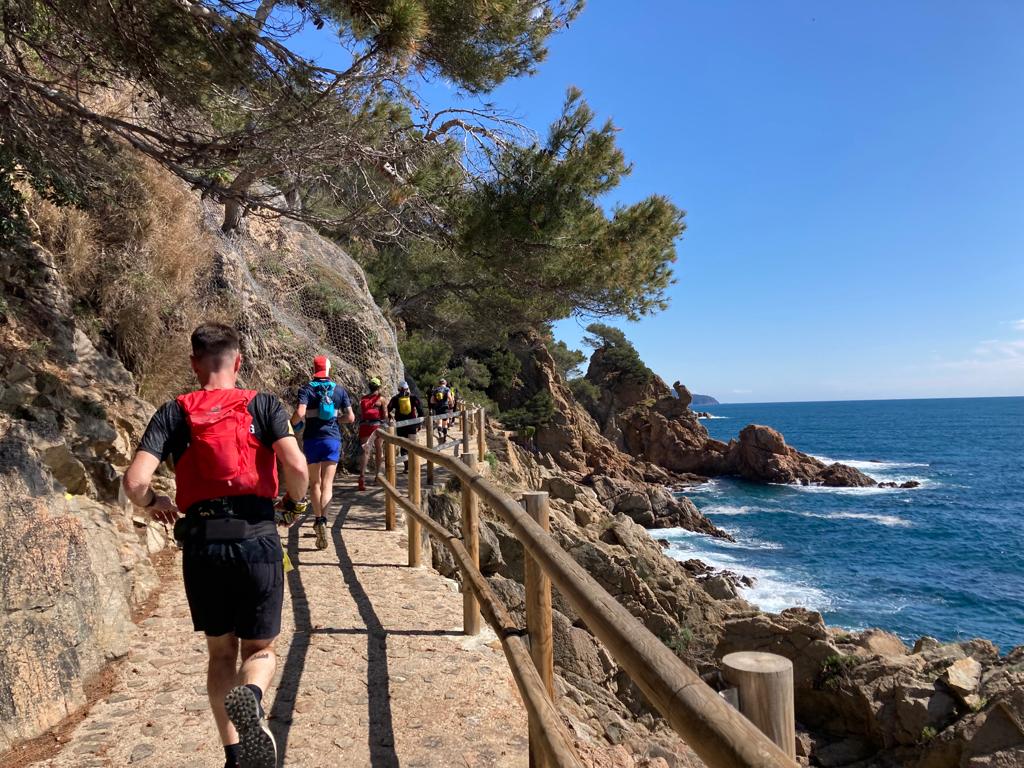 How would you rate the organization of the event?

Great! It was all perfectly organized. Between one stop and the next we slept in nice hotels, and dinners and breakfasts were rich and good. Furthermore, there was time to get to know each other, experience intense emotions together with the staff and make new friends. And then how can I forget the surprise of paella with beer in the final refreshment point! 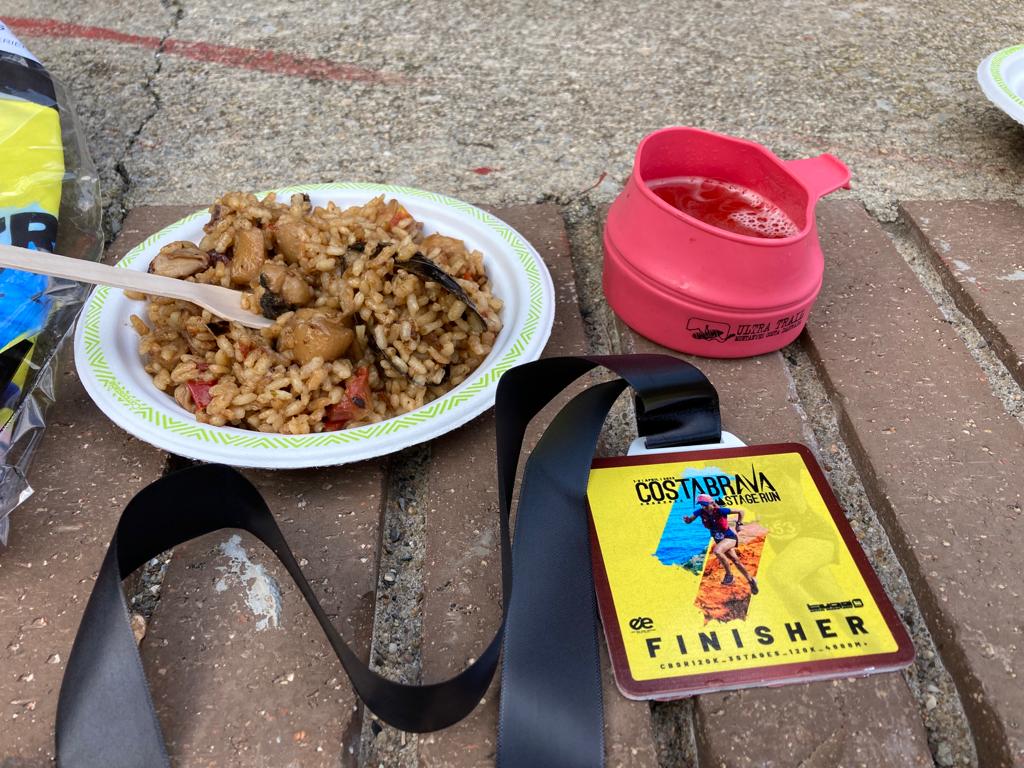 How did you prepare for this race?

I follow the Trail Running Movement training plans which, in my case, include swimming and running as complementary aerobic sports for the type of competitions I run. I mainly train alone so, if I can, I organize myself to do my long runs in an official race. Before the Costa Brava Run I ran a 45K (Brunello Crossing), a 60K (Trail del Marchesato) and a 100K (Ultrabericus), considering, however, that I chosed this event to perform my last long run before the Namibia Ultra Marathon.

How did you approach the race? Tell us about how you feed yourself and how you choose your gear

I follow a varied diet and let’s say that I eat very simple, but I like both wine and beer which, of course, I completely eliminate in the pre-race and during the competition.

In the race I always bring my things, experimented hundreds of times: my bars, my gels. I hardly ever stop in the aid stations except to fill my water bottles. During the Costa Brava Run at the last refreshment point, I just took a handful of dried fruit and a glass of Coca Cola. I’m not a sandwich eating trailer: the blood either goes to the stomach or goes to the legs!

As for the equipment, I never improvise in the race. I only use products that I have tested several times in different situations similar to the one I’m facing. In the third and final stage I used poles precisely because, studying the profile of the race track, I saw that there were slightly longer climbs and I know that fatigue begins to be felt at the end of the race.

What advice would you give to anyone thinking of taking part in the Costa Brava Run?

First of all it is important not to underestimate the effort of running several consecutive days and, therefore, to prepare yourself properly. Many athletes tackle the ultra trails thinking that they can walk, but the strain on the muscles is always there. Furthermore, in any case, you must be ready to run a part of the race if you want to arrive before the time limit at the check points and not risk being stopped.

In stage races you have to consider many aspects and dose your energies well. The first day is easy, the second more challenging, while the third day you wake up and think you won’t be able to move (she laughs) but then you make it possible.

In addition to the physical part, the head also plays an important role. You must learn to bear the small pains that arise, the discomfort. During the third stage of the Costa Brava Run the fatigue increased with every step and there was a crazy wind (being thin and light I suffered a lot). But the body must not be told that one is tired, that one cannot take it anymore. The mind must be fooled by always recalling positive images, thoughts and messages. You have to remember that this is all part of the game, that you have already been through it and overcome it, that you will come down from the cliffs and peaks, that the wind will pass and that, then, you will arrive at the finish as always!

I owe a lot to Trail Running Movement because they have a highly personalized 360 ° training method so that you continue to progress and improve by managing yourself to the best of your ability without hurting yourself and avoiding injuries. Here, I would recommend that you turn to professionals to better prepare and experience hard adventures such as ultra trails in the best possible way.

Are you planning any other adventure soon?

On the one hand I want to finish the 6 Majors because even if I run ultra trails, I really like the road marathon as it puts a strain on your body and brain. I’ve already done New York, Chicago, London and Berlin, I miss Boston and Tokyo. At the same time I have another project, more endurance, that I care about: the 4 deserts of Namibia, Gobi, Atacama and Antarctica, the races organized by Racing The Planet. The cost for each race is quite high and the goal is to make one stage a year. The first “step” will be this May in Namibia! But I will not be alone: ​​I will go with my friend Francesca Billi also from TRM, whom I met during the Marathon des Sables where we slept together in a tent.

Thanks Tea, we are very excited. Good luck for the next adventures, as always we will be by your side!