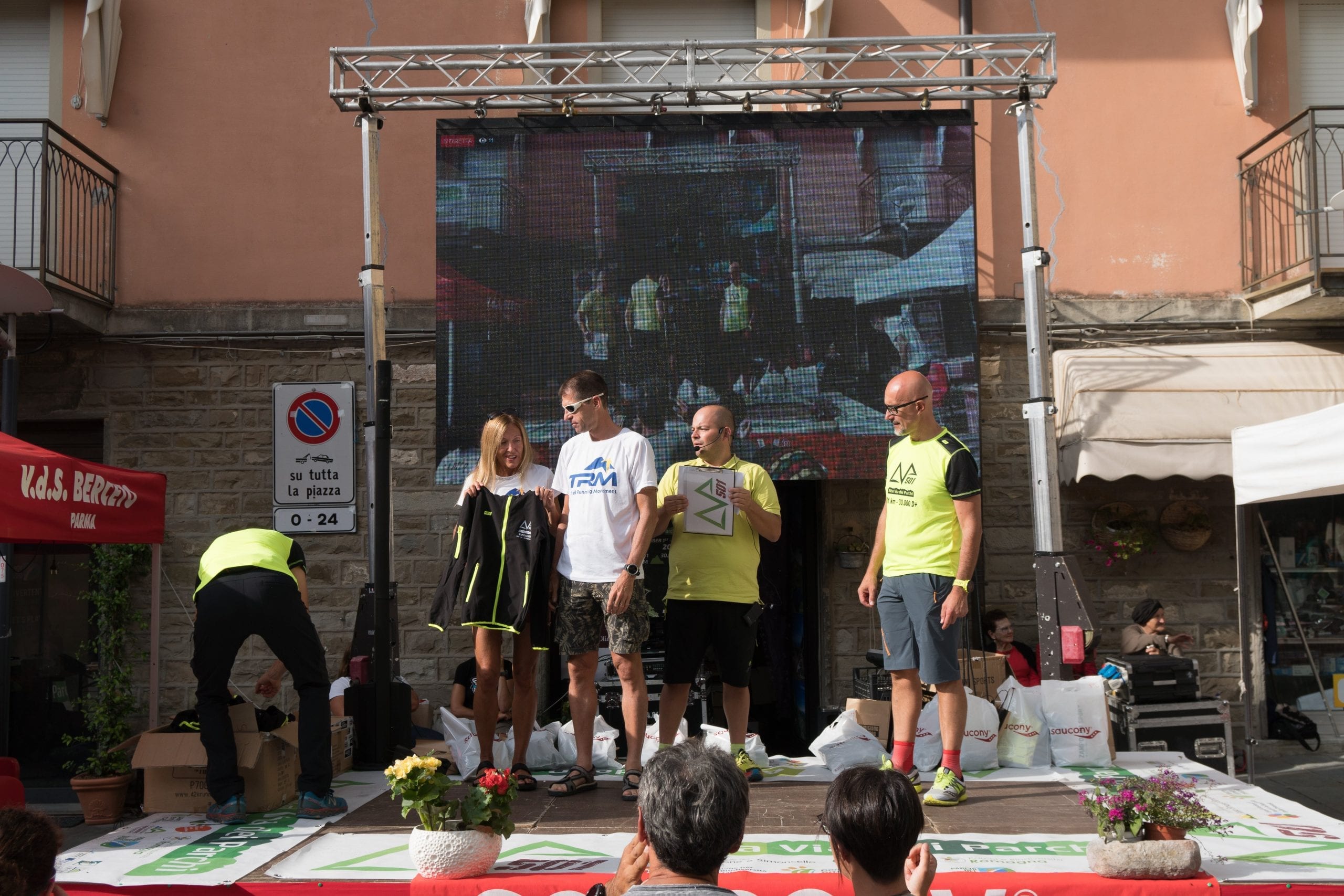 The TRM Team achieves a new important podium in ENDURANCE TRAIL races over 170km.
Cristina Tasselli wins the AVP501 , the longest race in Italy starting from Pennabilli, near Rimini, and finishing in Berceto, 501km and more than 30.000mt of elevation. With this victory Cristina mantains the title of the top endurance Italian athlete in the World conquered two years ago at the Transpyrenea 898km race. Cristina Tasselli and Marco Mori, thanks to their previous experiences at the Transpyrenea 900, Transcanaria 360 and Penenda Geres 280, finished the race achieving the 1st and the 14th place Overall in the women and men categories.
Despite the difficulties of orientation – due to the removal of the race signals (balise) by unknown persons – and some organizational difficulties typical of all first editions, the AVP501 – ended at 258km – confirms itself to be a beautiful race, hard and fascinating at the same time.
Congratulations to all participating athletes, to the organization of the #AVP501 guided by Elio Piccoli e Fabrizio Foglia and to the volunteers of the Regions #EmiliaRomagna and #Tuscany who did their best despite the unexpected difficulties.
Special Thanks to the #TRMTeam Assistance: Ornella Pellizzaro and Cornelio Colombara who have contributed to this success, Michele Tasselli for the live chat and to the companies #BVSport #Masters #MastersPoles #Kiron #ScienceInSport #Inov