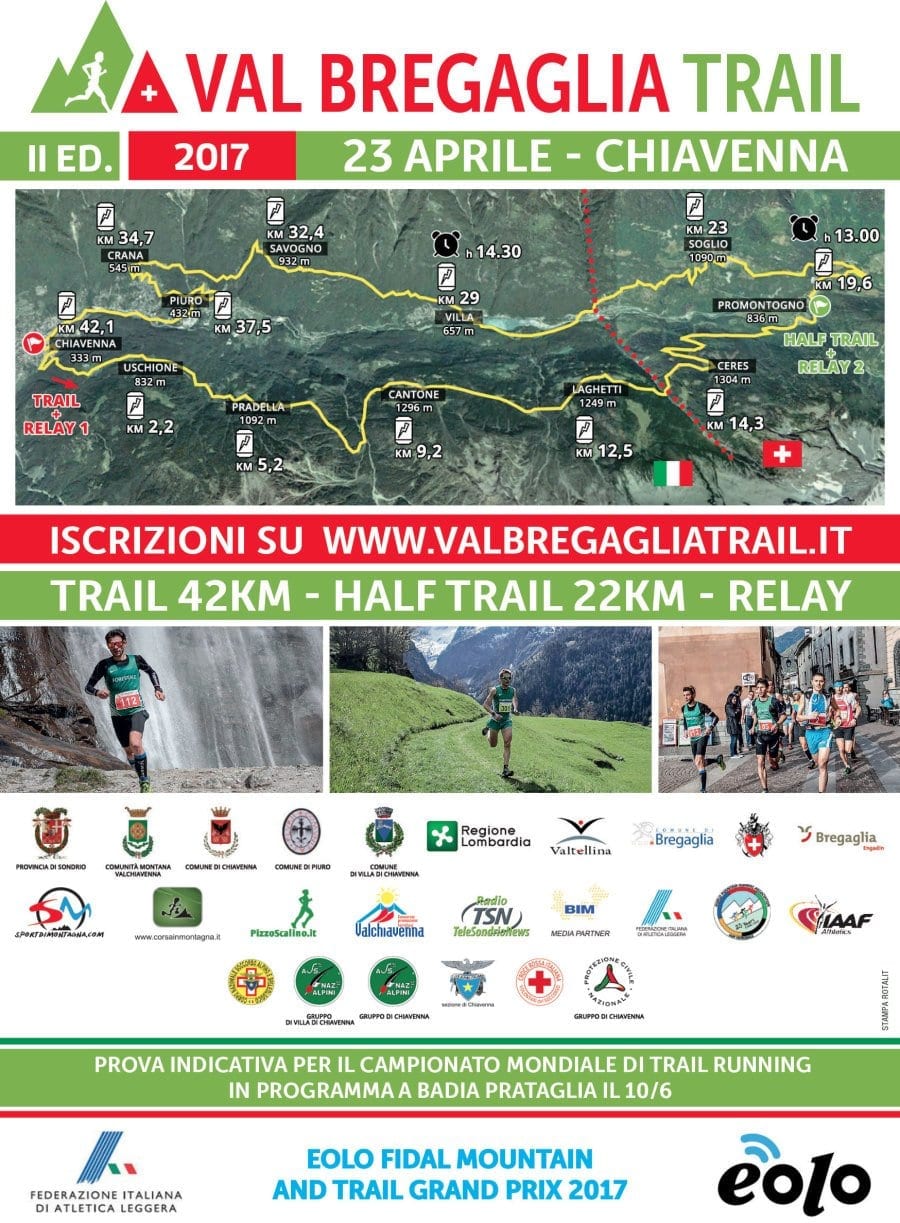 The Val Bregaglia Trail was born with the aim of overcome the State borders and restore unity in the Valley.

Today it is the State border between Italy and Switzerland, but less and less a real border for the people who live there.

The Val Bregaglia Trail is next to go on stage and has the right stuff to be considered a top event of the season: qualifying race to join the Italian Team running the IAU Trail World Championship and part of the Fidal Mountain-Trail Gran Prix.

The race, starting and finishing in the center of Chiavenna, crosses the borders between Italy and Switzerland and and develops on ancient paths passing through the towns of Piuro, Villa and Bregaglia.

Three are the race distances: Trail 42km, 2758mt D + with start and finish in Chiavenna, Half Trail 22km and a little over 1000mt D+ departing from Promontogno in Switzerland and the Relay, whose running on both sides of the Val Bregaglia.

At the starting line several athletes of TRM Group will be present, including Christian Pizzatti followed by a staff of Trail Running Movement Team.