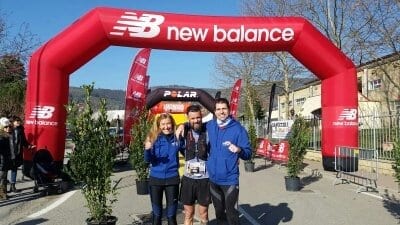 Christian wins the 70km, followed by Borgialli 2° (Team Salomon) and Di Giacomo 3° (Team Eolo) 3°, dealing with top competitors. The final climb and descent have been decisive for the victory. Christian managed the race waiting for the final climb and passed in first position at km 65, last check point.

The Ghibellina Plus competition was planned together with the TRM Coaches as the 2nd Test on the race distance of 70km, after the Rommel Trail where Christian came 1st. Christian and the whole TRM Team are now preparing the final plan, nutrition and training, to face the 80km Eco Trail in Florence scheduled on March 3rd, the first and unique qualifying trail running race for the  2018 Trail World Championships.