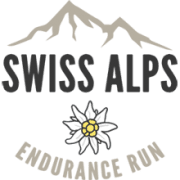 Christian, after the unexpected performance at the Trail World Championships in Badia Prataglia, where he arrived 1st athlete of the Italian National Team and 12th overall, is awaited on the 1st of September at the CCC (one of the Ultra around the Mont Blanc).

The preparation, guided by the TRM Coaches, is now focused on endurance, long-distance run energy management and optimization of consumption. The legendary Courmayer-Champex-Chamonix, will have the best national and international athletes at the starting line. Beside the TRM Coaches, at Christian’s preparation cooperate the Nutritionist Dr. F. Biorci from Turin and the Physiotherapist G. De Petri from Sondrio.

As a 1st test and transition to long-distances, we have chosen the Swiss Alps 100, a 80km race from Oberwald to Simplon-Dorf. The Swiss Alps 100 track passes through the beautiful mountain villages of the Canton of Valais and has some technical sections, but it is considered a fast race where Christian is one of the favorites.

The TRM Team thanks Jakob Herrmann Director of the race Swiss Alps 100 for the support!

Watch the video of the race: https://www.youtube.com/watch?v=ntzcTsZ4DXQ