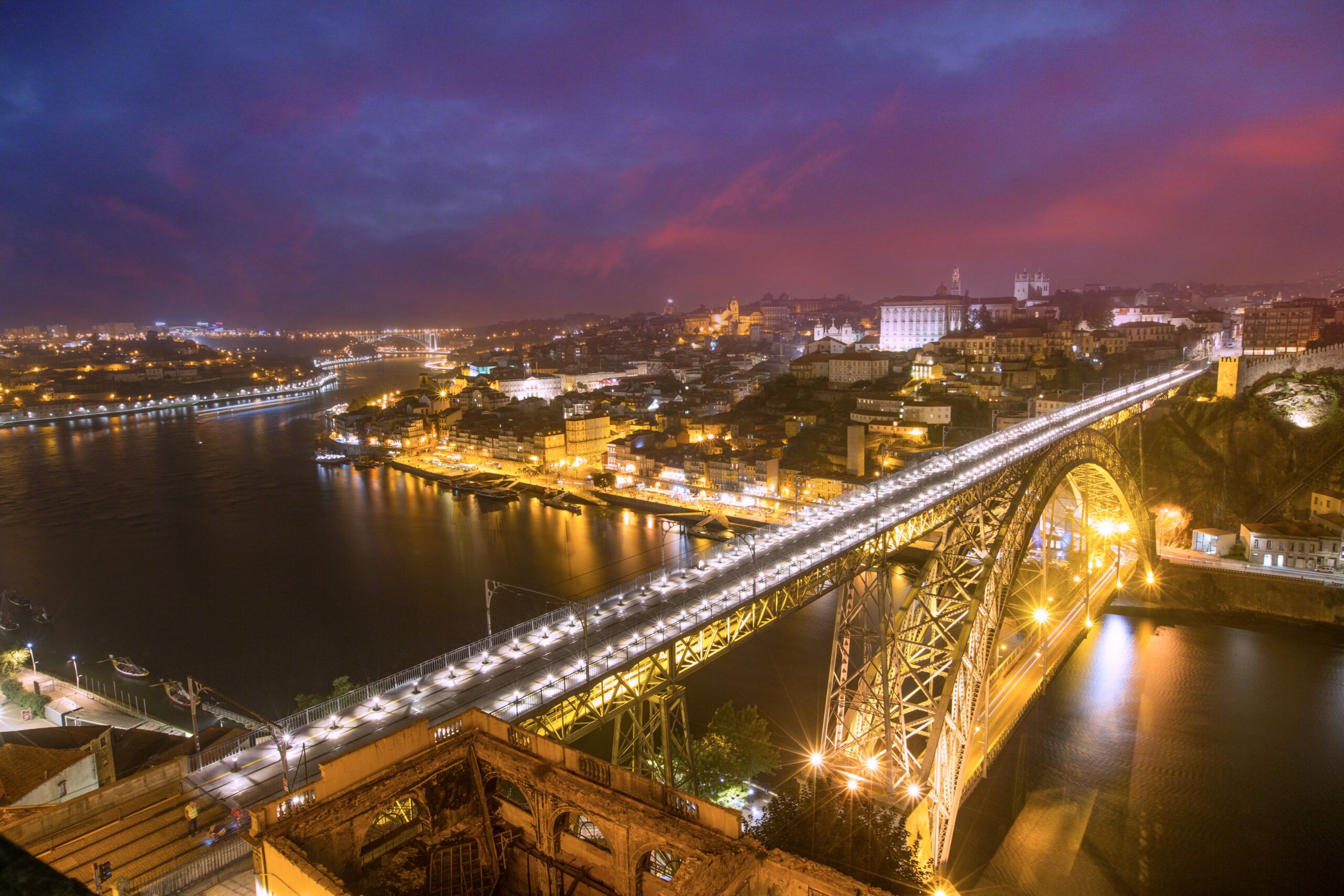 The UTM, Ultra Trail do Marão, is one of the most fascinating races in Portugal a few kilometers from the enchanting city of Porto.

The Ultra Trail do Marão is an unmissable opportunity to discover one of the most unknown and fascinating areas of northern Portugal.

Confined for centuries between the wild crests of the Serra do Marão mountains. 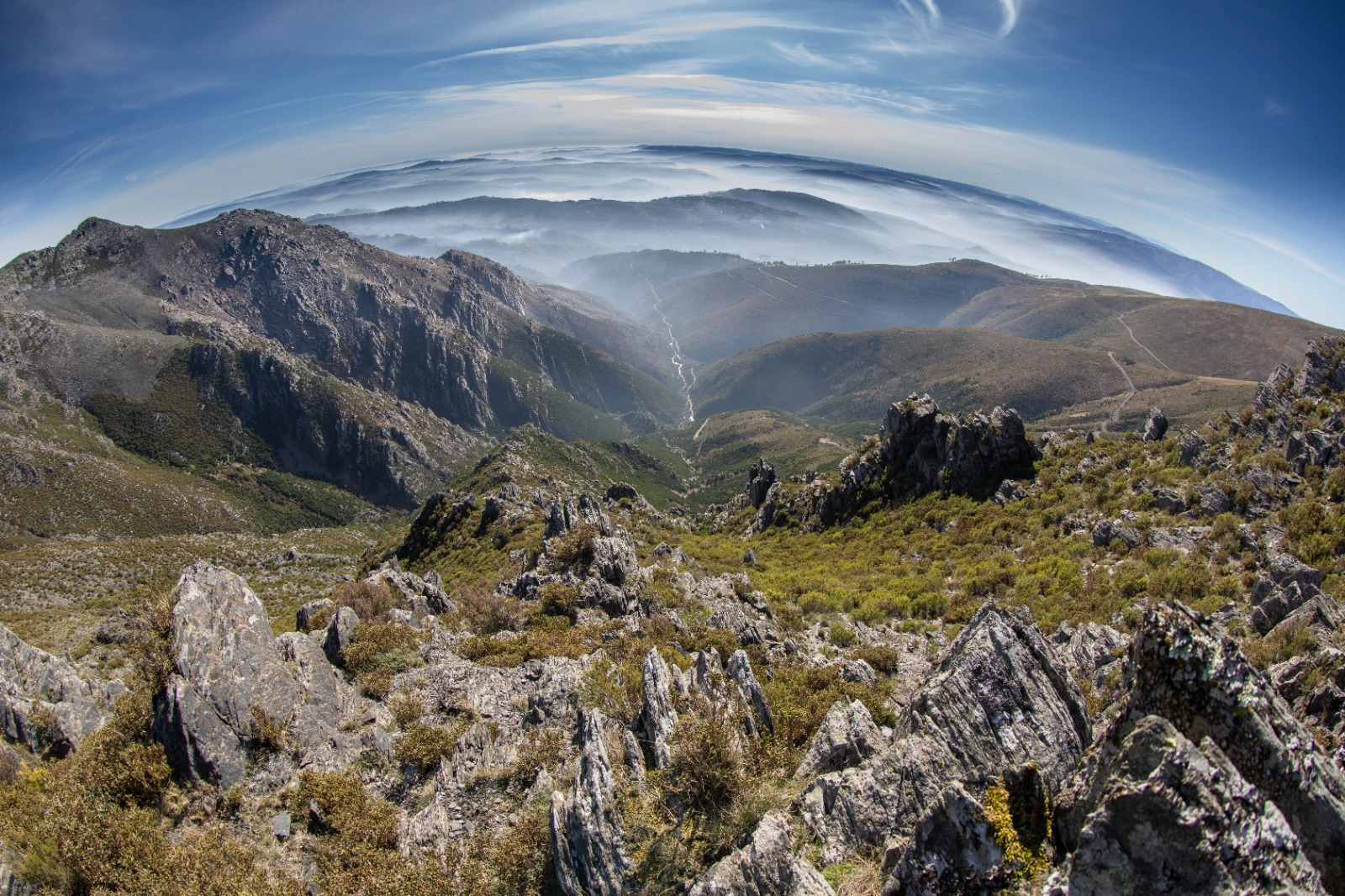 The region remained unexplored for a long time, managing to preserve its naturalistic peculiarities and the cultural traditions of the town of Amarante. 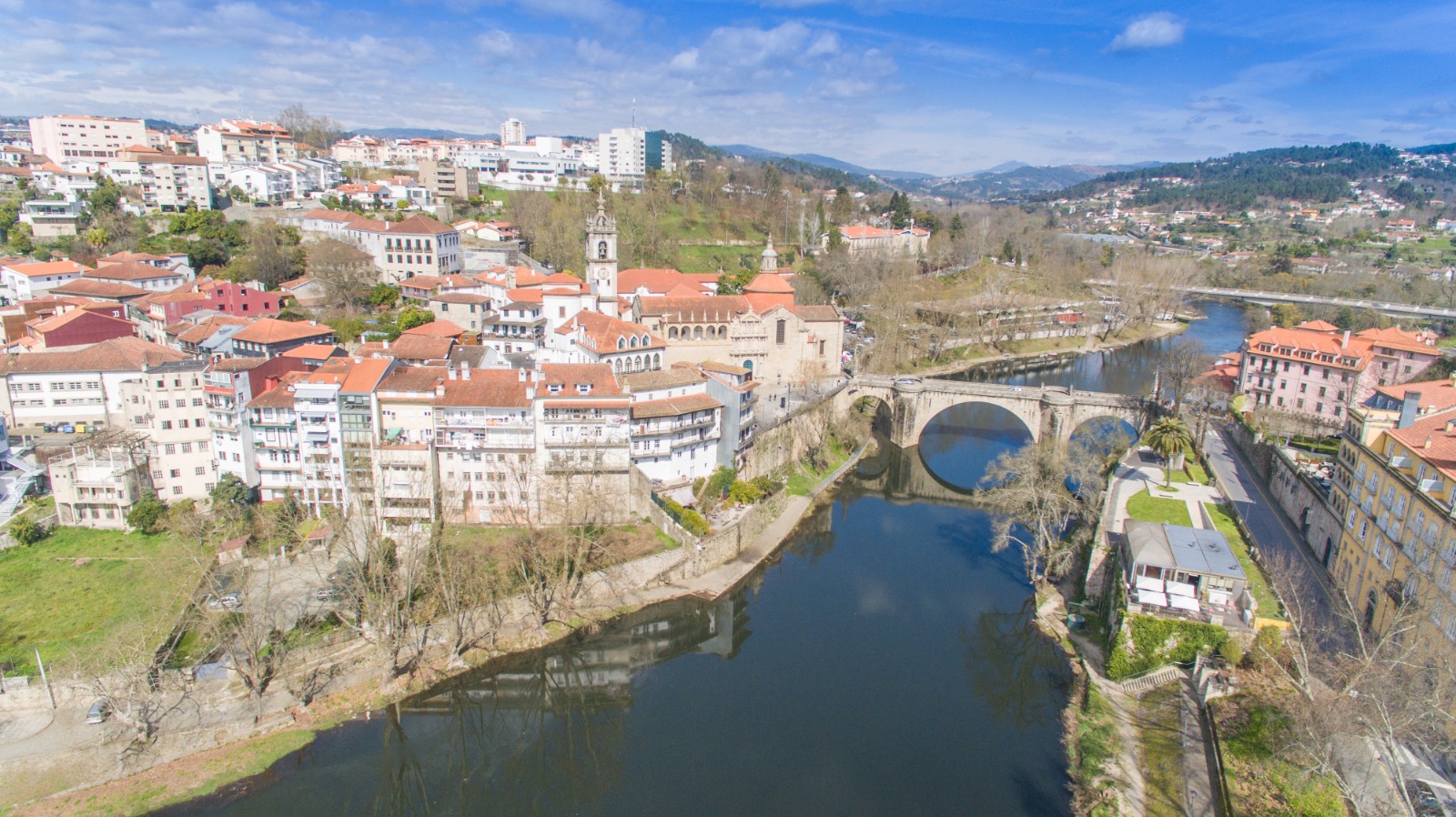 The races tracks have distances ranging from 25 to 115 km, crossing the wildest mountains of the Marão, where you can admire unique and evocative landscapes, taking advantage of an ideal mild climate. 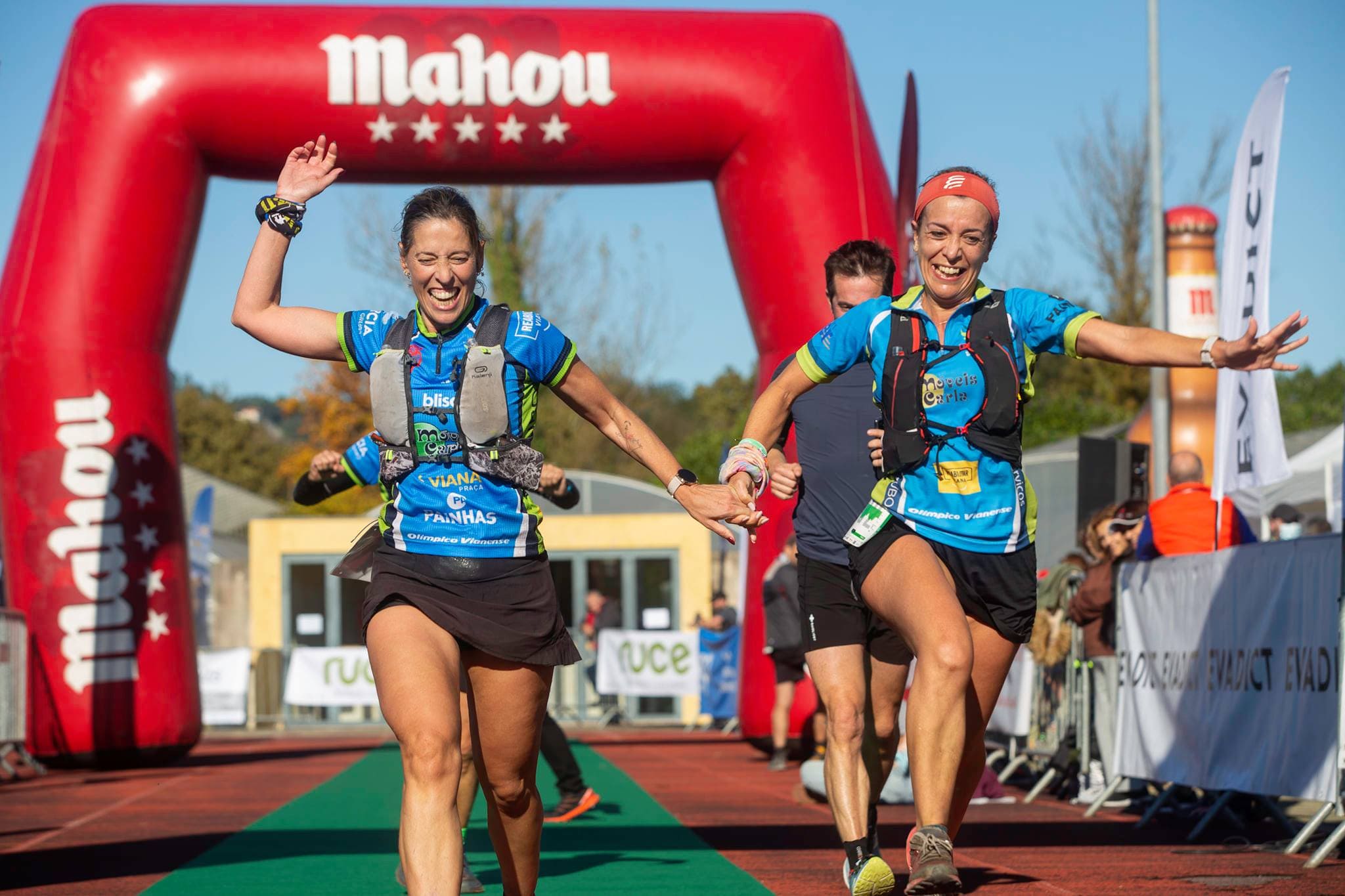 Whis to particpate? Ask for information sending an email to: info@trailrunningmovement.com and register now. Until the 11th of January 2023 you will receive:

CHARACTERISTICS OF THE TRAIL AND ULTRA TRAIL DO MARAO RACES

Before discovering the wonders to visit in the area for athletes and their families, let’s get to know the technical characteristics of the race tracks provided by the Ultra Trail do Marão organization.

The UTM Endurance 115 km is the most demanding race of all, but also the one that allows you to delve deep into the heart of the wonderful kingdom of the Marão.

The Ultra Trail do Marão is a very famous competition in Portugal that attracts international athletes from all over the world. 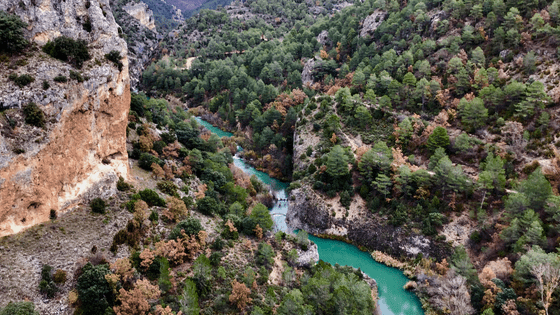 The trail runners may choose among 4 different races and distances:

All races start from the charming town of Amarante, on the banks of the Tâmega River.

The UTM Endurance is the longest race of 115 km and 7,500 m D+, starting and finishing in Amarante. 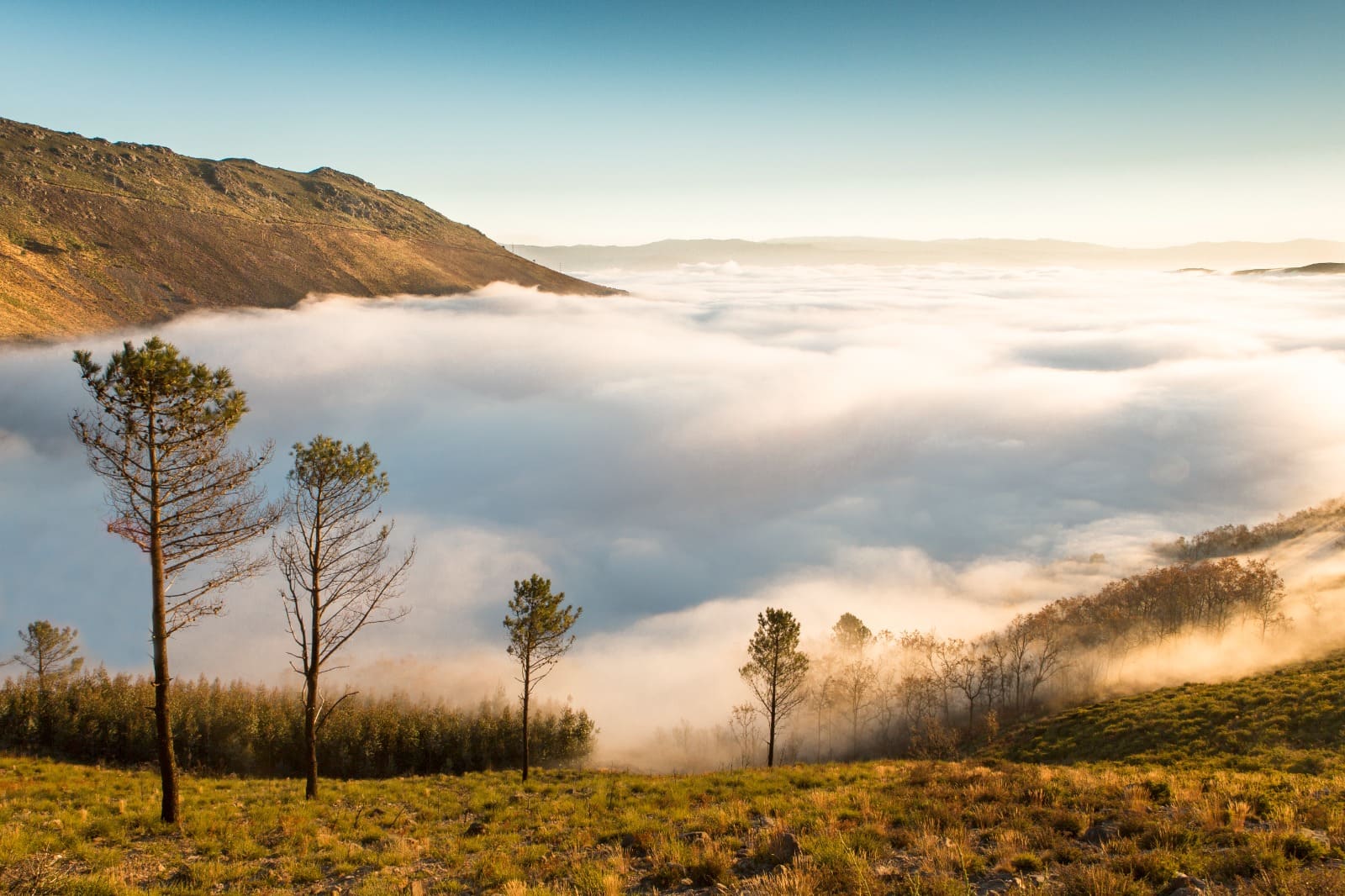 Among all, it is the toughest and most demanding challenge along the wild mountains of the Sierra del Marão. 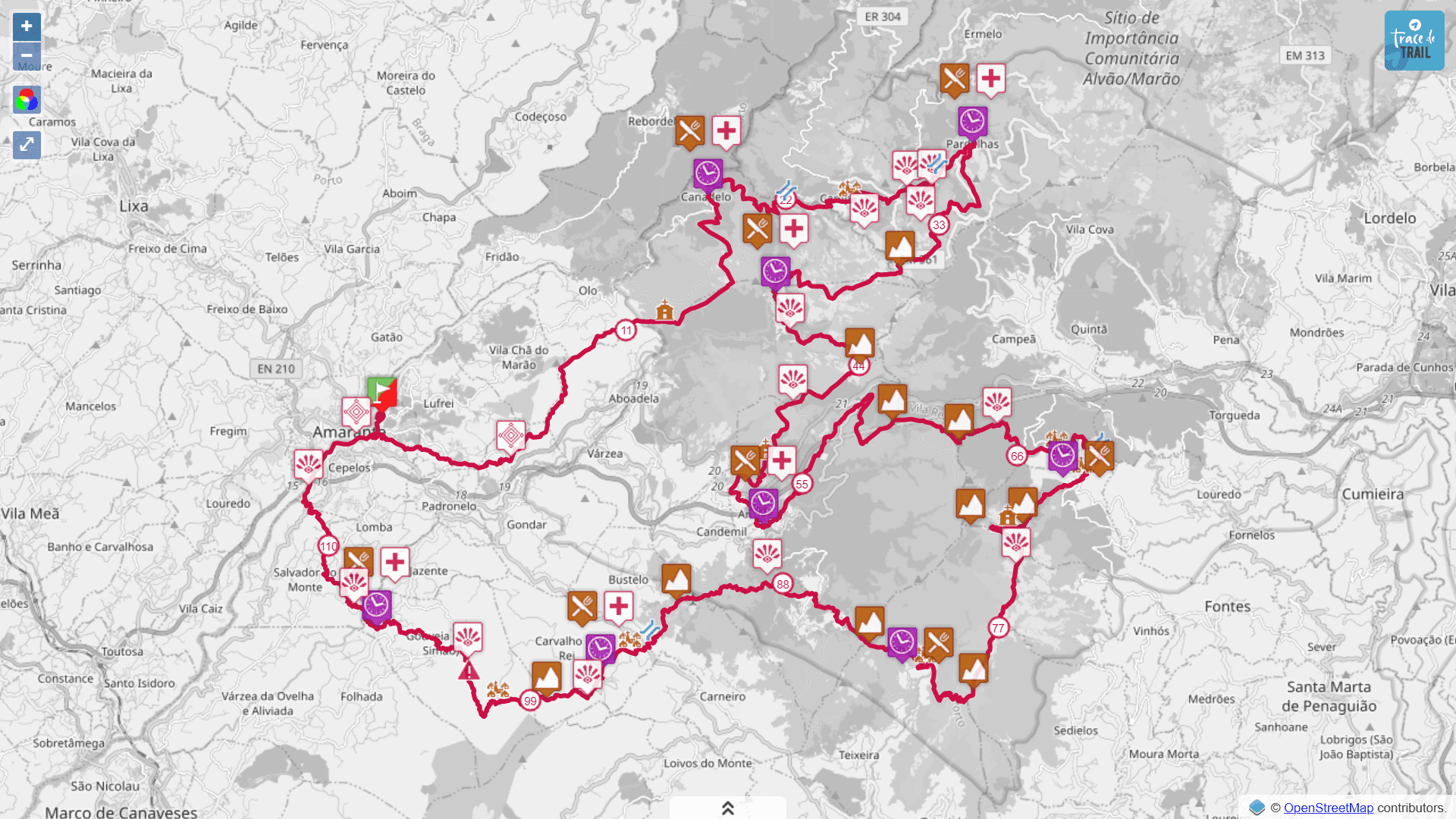 The best trail running race 2023 starts in the late evening in the historic area of ​​Amarante, nicknamed The Princess of Tâmega. From here the athletes continue on rural roads and then on the millenary paths that lead to the Sierra Do Marao.

After crossing the Marancinho river, a sequence of ups and downs begins before arriving to the village of Canadelo, a mountain village nestled in the western part of the mountain and where the identity of the Portuguese rural landscapes is still recognizable today. 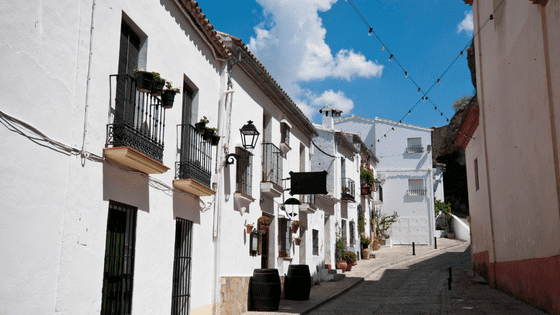 The next stretch of paths leads to the descent of the Ribeira das Covas then to the mines of Sobrido and the old limestone ovens. The route now winds through the Meia Via mountain group, a short and demanding climb that takes us to Cristas. From the village of Moquim you reach the famous “wire bridge” which crosses the river Olo.

From here you enter the “Reino Maravilhoso” and take you to the Inca path that leads to the magnificent Chão de Rosso valley, characterized by paths carved into the rock, ridges and characteristic pinnacles of rock that soar towards the sky.

The next part of the race crives the trail runners over the crest of Monte Velão up to Pena Suar where strong winds blow to power the wind turbines. 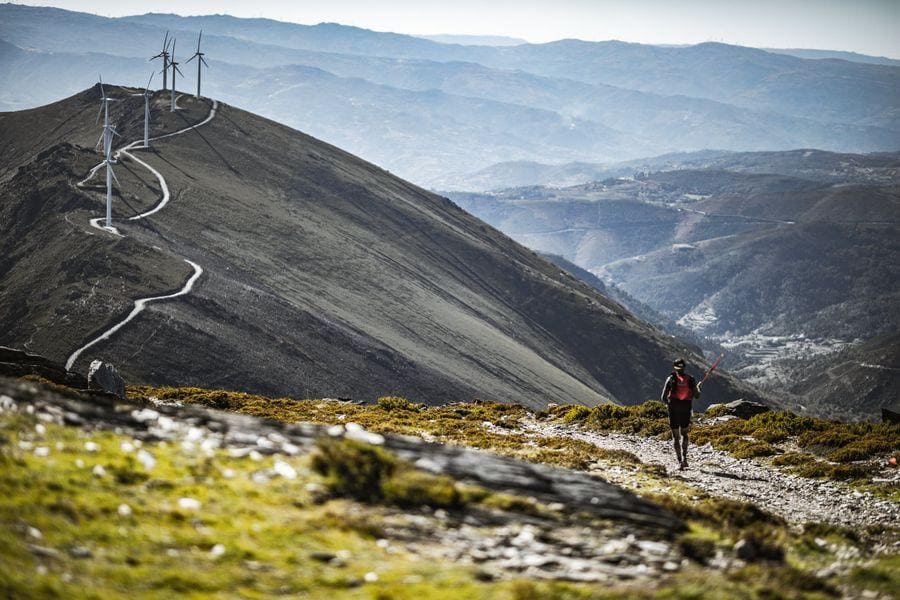 From here you will descend into the magical forest of Lameira and then along the ancient pilgrim path towards O Coraçao do Marão (the heart of Marão). 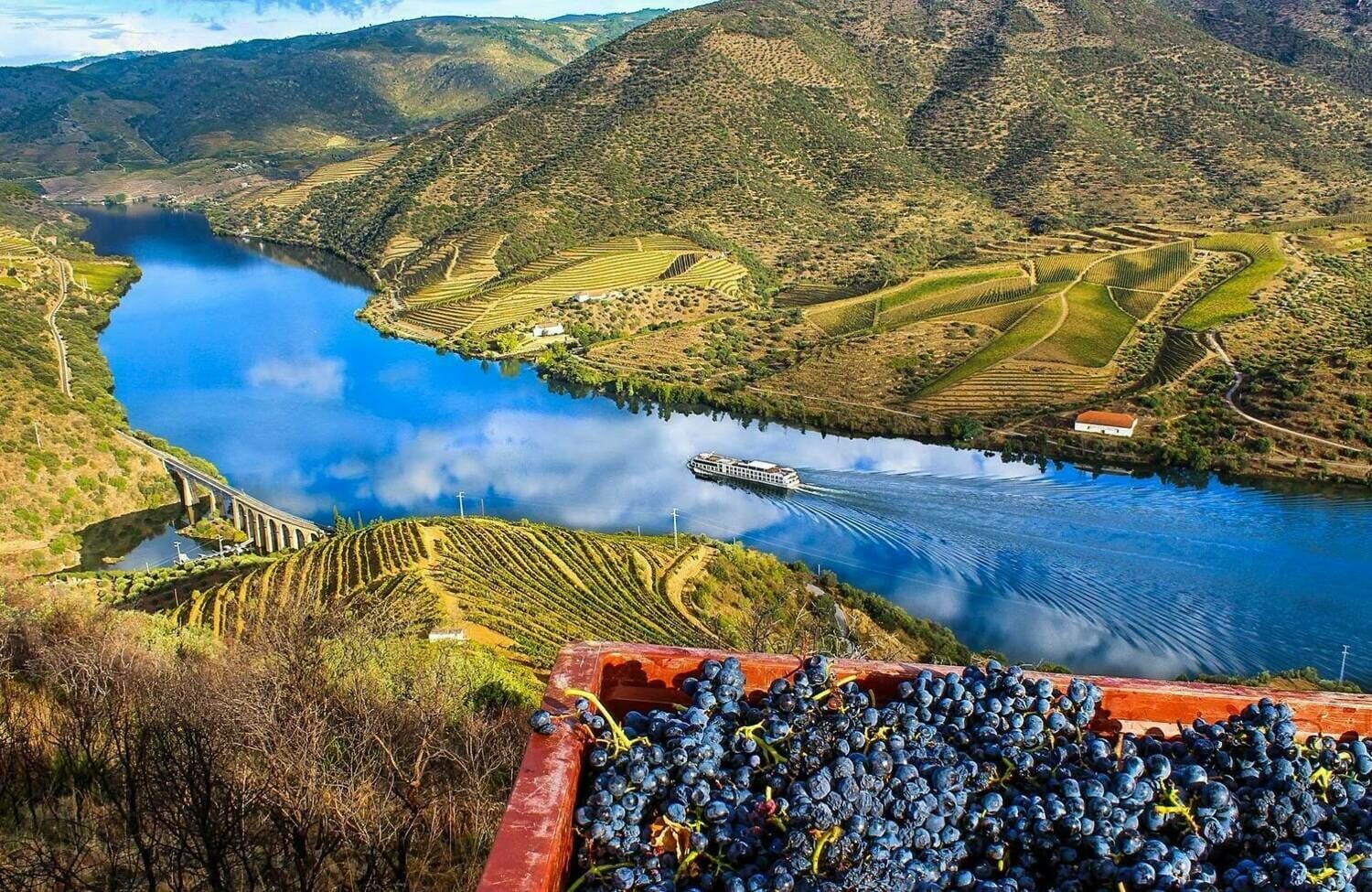 After that you will take the climb towards Alto das Veias, then the Portal da Freita (1344m) and finally you will face the KM Vertical do Marão, a wall of almost 800 meters of D+ up to the highest point of the mountain range (1416 m) to the aid station: Senhora da Serra refuge.

The second part of the race is easier. From here there is a long descent that crosses the crest of the Fraga de Ermida, the Encosta das Lajes and Seixinhos, to the most isolated village of Marão: Mafomedes.

The last long climb leads to the largest megalithic necropolis in northern Portugal and subsequently to the magnificent waterfalls that cross the Ribeiro da Goiva. 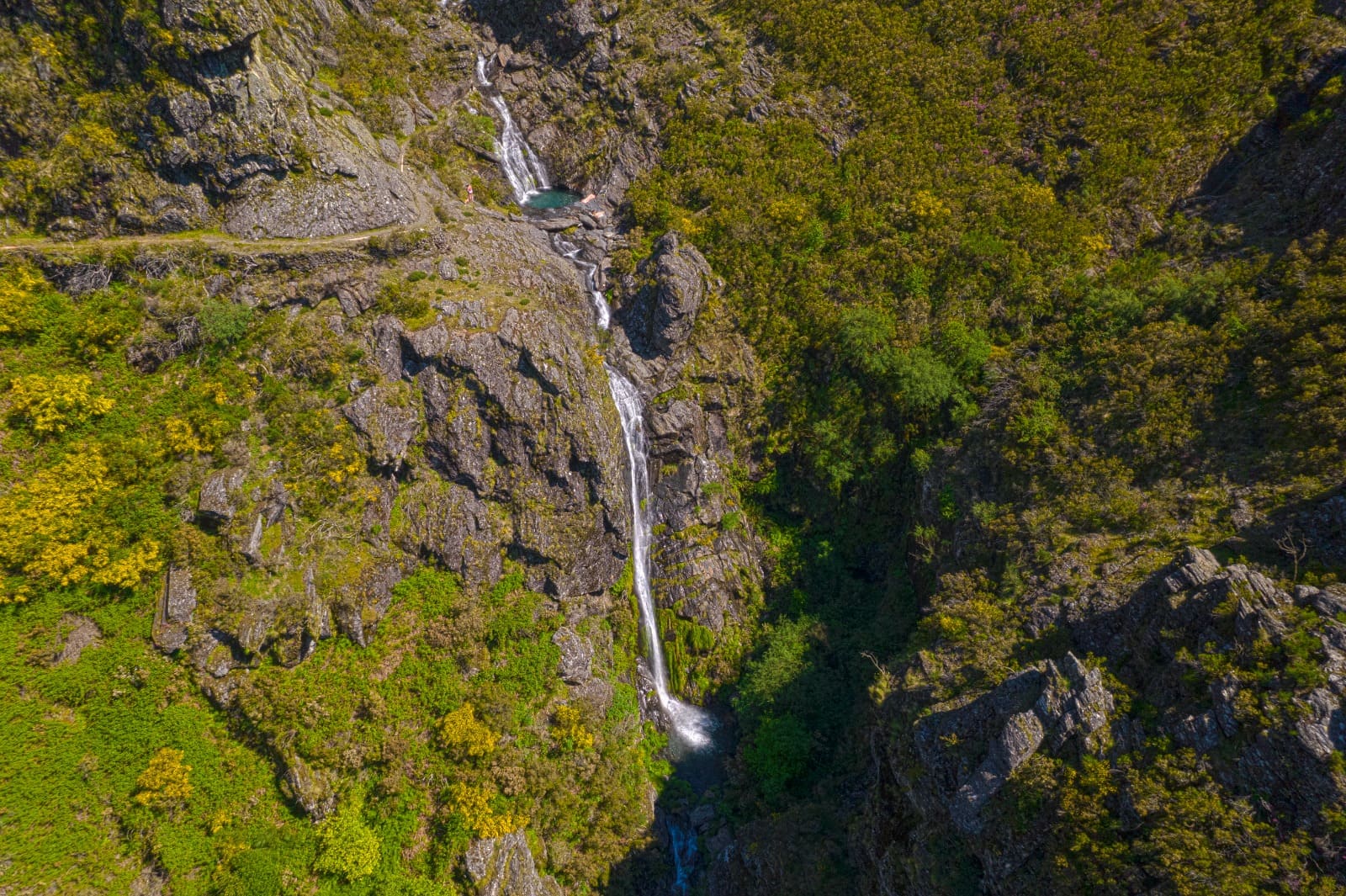 The athletes will descend until they arrive to the Ovelha river and then they will face a small climb along the Levada de Salvador do Monte. Finally, a short two-kilometre descent will follow along the Tâmega River before arriving at the town of Amarante.

Finally you are a Finisher!

The second track of the best trail running 2023 race is 60km long with 4.000m D+. It starts from Amarante with two very demanding climbs: Alto das Veias and the Vertical KM do Marão up to the plateau of Senhora da Serra. 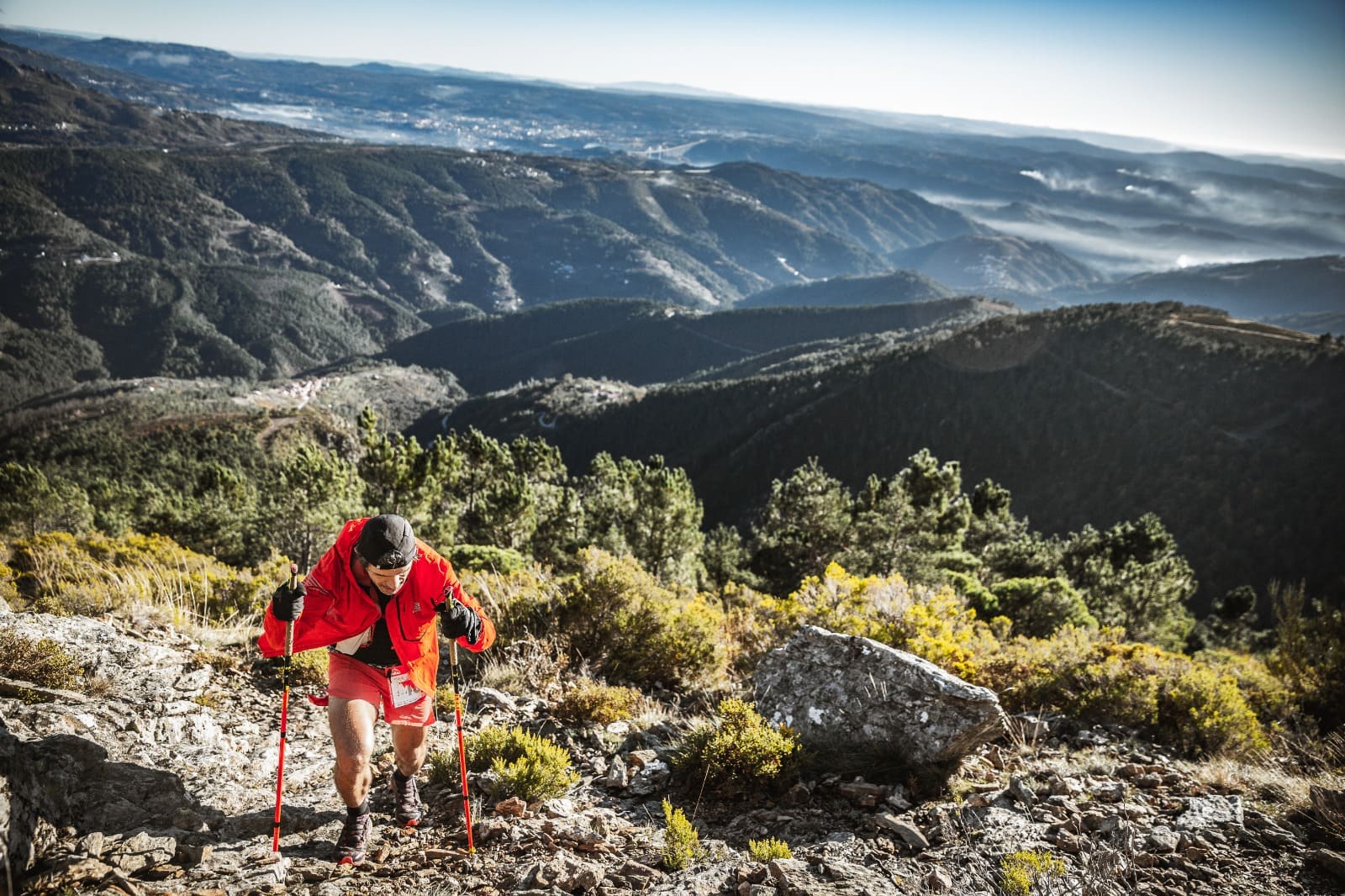 The track will continue on the Aboboreira and Serra do Matos ridges, passing through beautiful villages until you reach the amazing Goiva waterfalls. 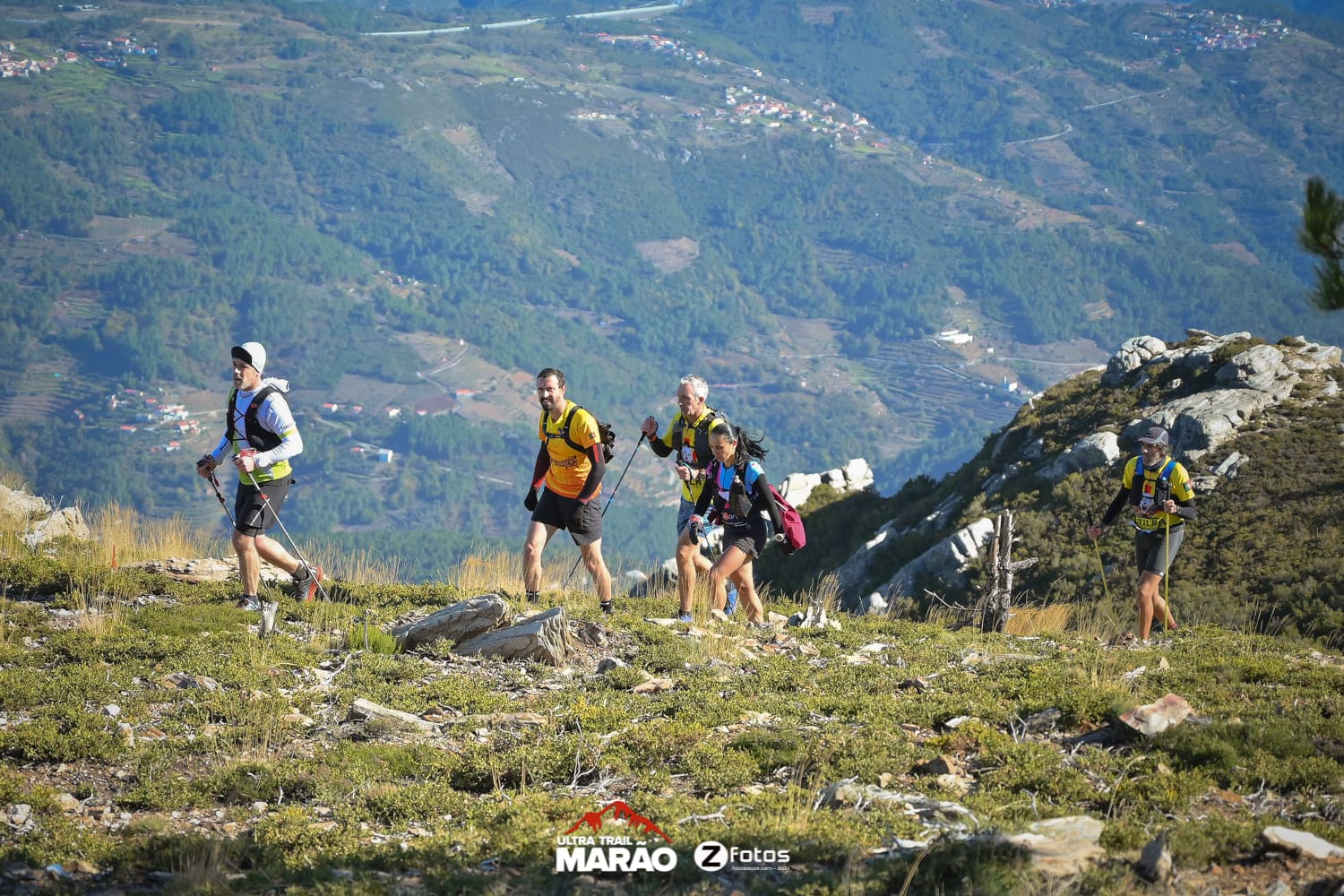 The 40km long race with 2.500m D+ starts from the picturesque mountain village of Teixeira to conquer the peak of Seixinhos. 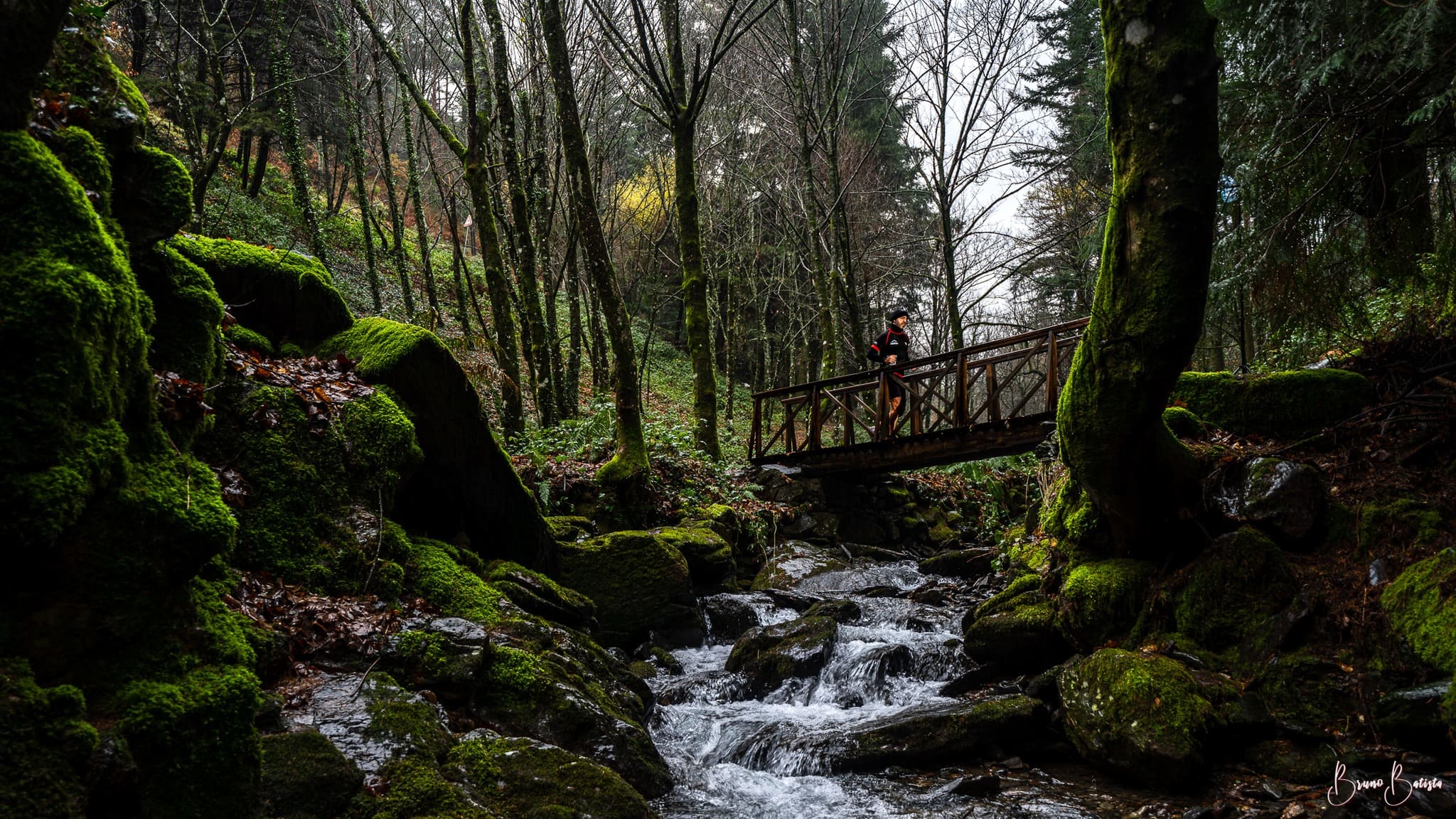 It continues to the villages of Mafómedes and Travanca do Monte before rejoining the M-TM trail.

The M-TM is the easiest and shortest track of the Ultra Trail do Marão, but no less fascinating. 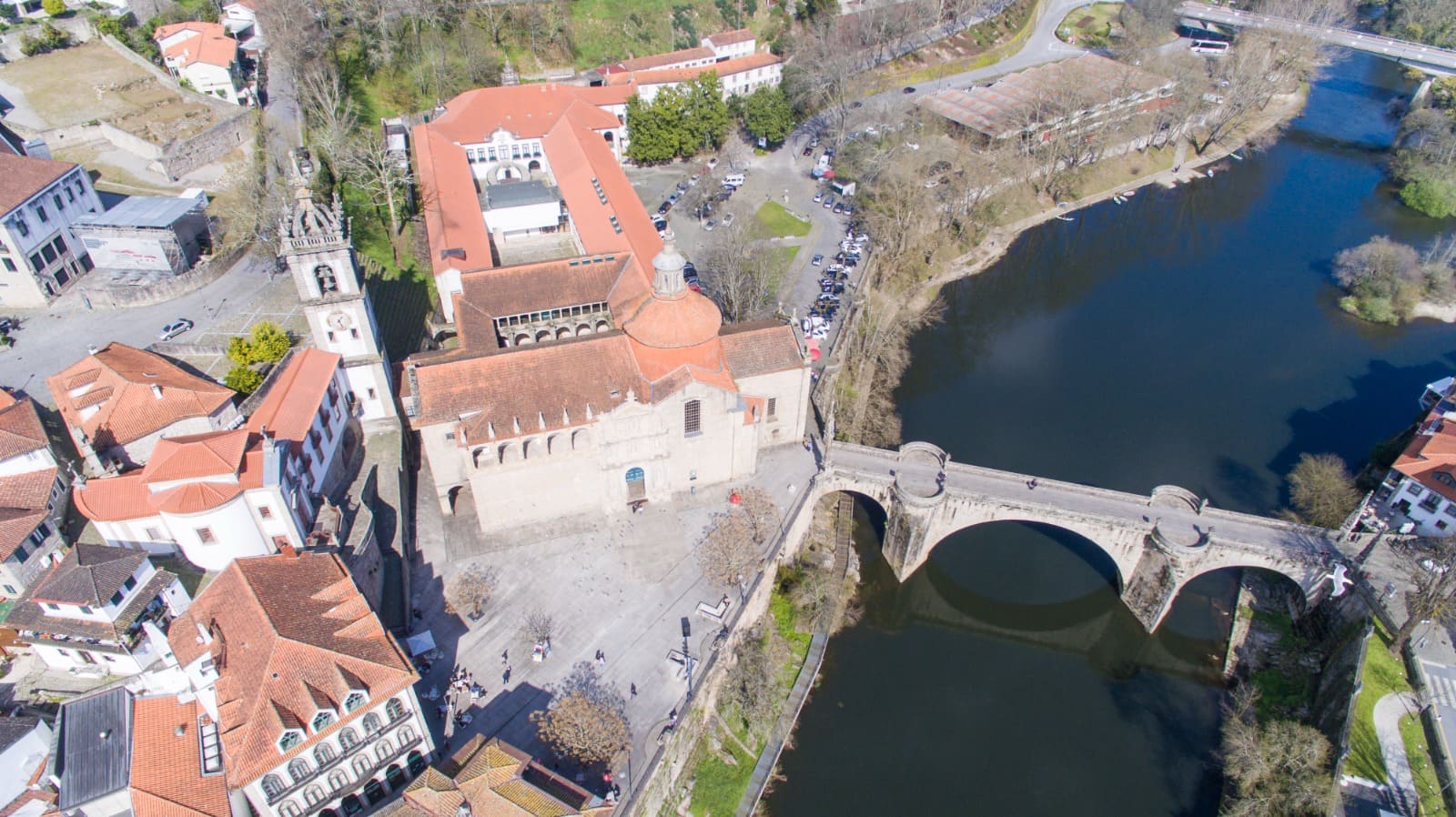 It starts at 11:00 from the city of Baião, located on the mountain ranges of Aboboreira and Castel do Matos, near the majestic megalithic necropolis. It continues to the village of Aldeia Velha through centuries-old forests and trails to the lush Goiva waterfalls. 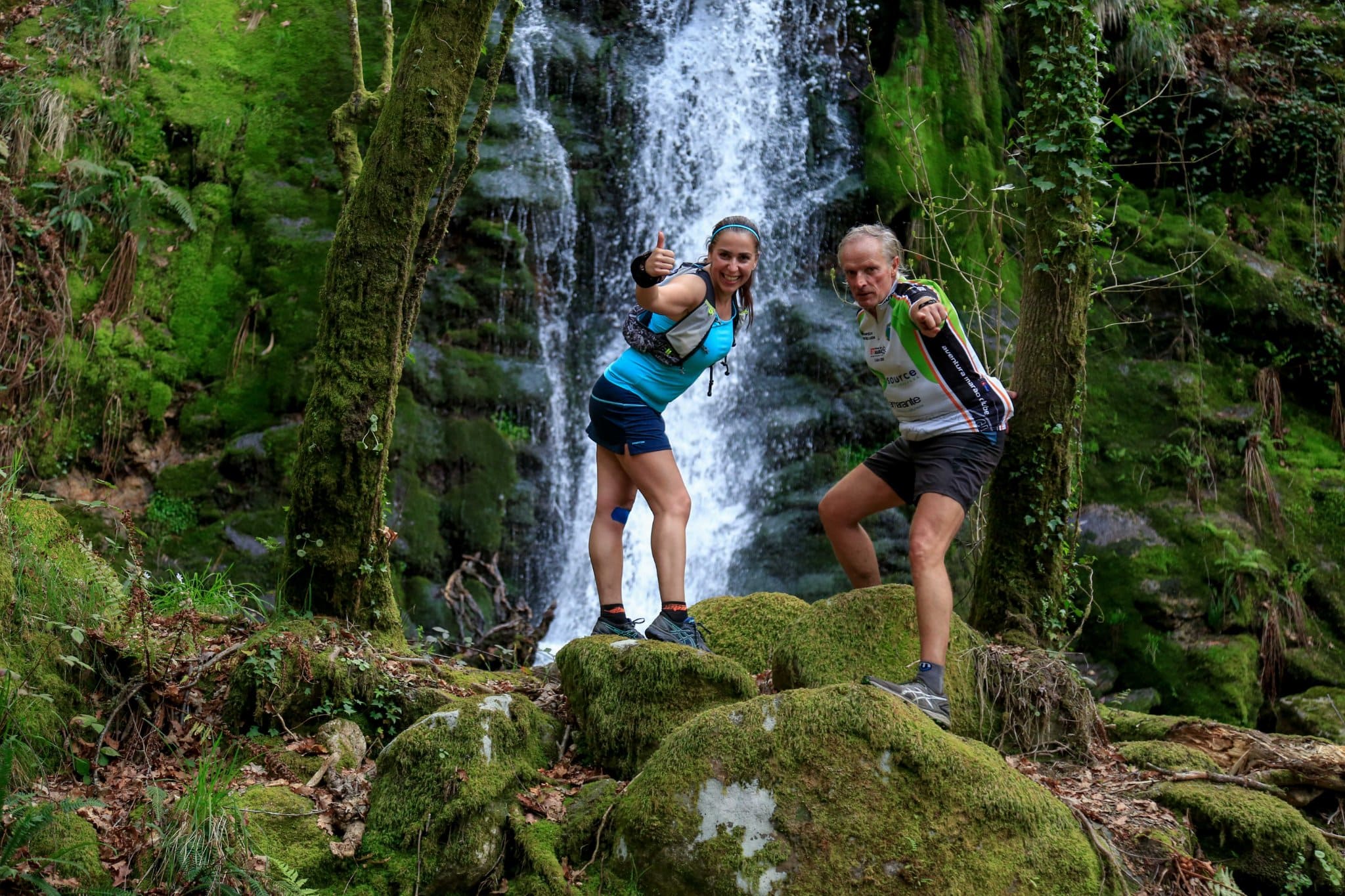 WHAT TO VISIT AT THE ULTRA TRAIL DO MARAO: AMARANTE AND SURROUNDINGS

Located in the district of Porto, Amarante is a charming city with an authentic character.

Landscapes and natural beauties frame many sites of great interest, accompanied along the Tãmega River. 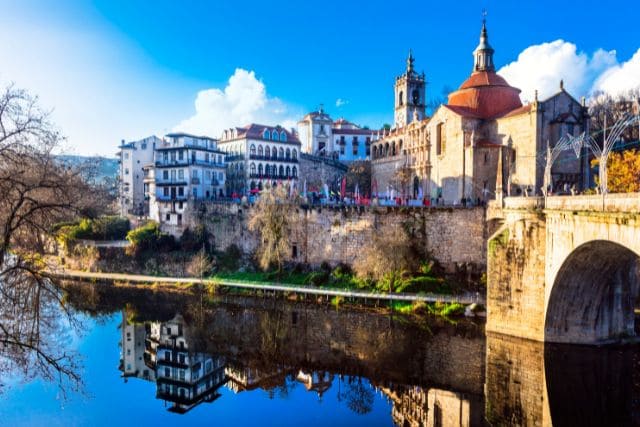 In the historic center is the São Gonçalo Bridge, considered a symbol of this city due to the historic popular resistance to the Napoleonic armies that invaded Portugal at the beginning of the 19th century. 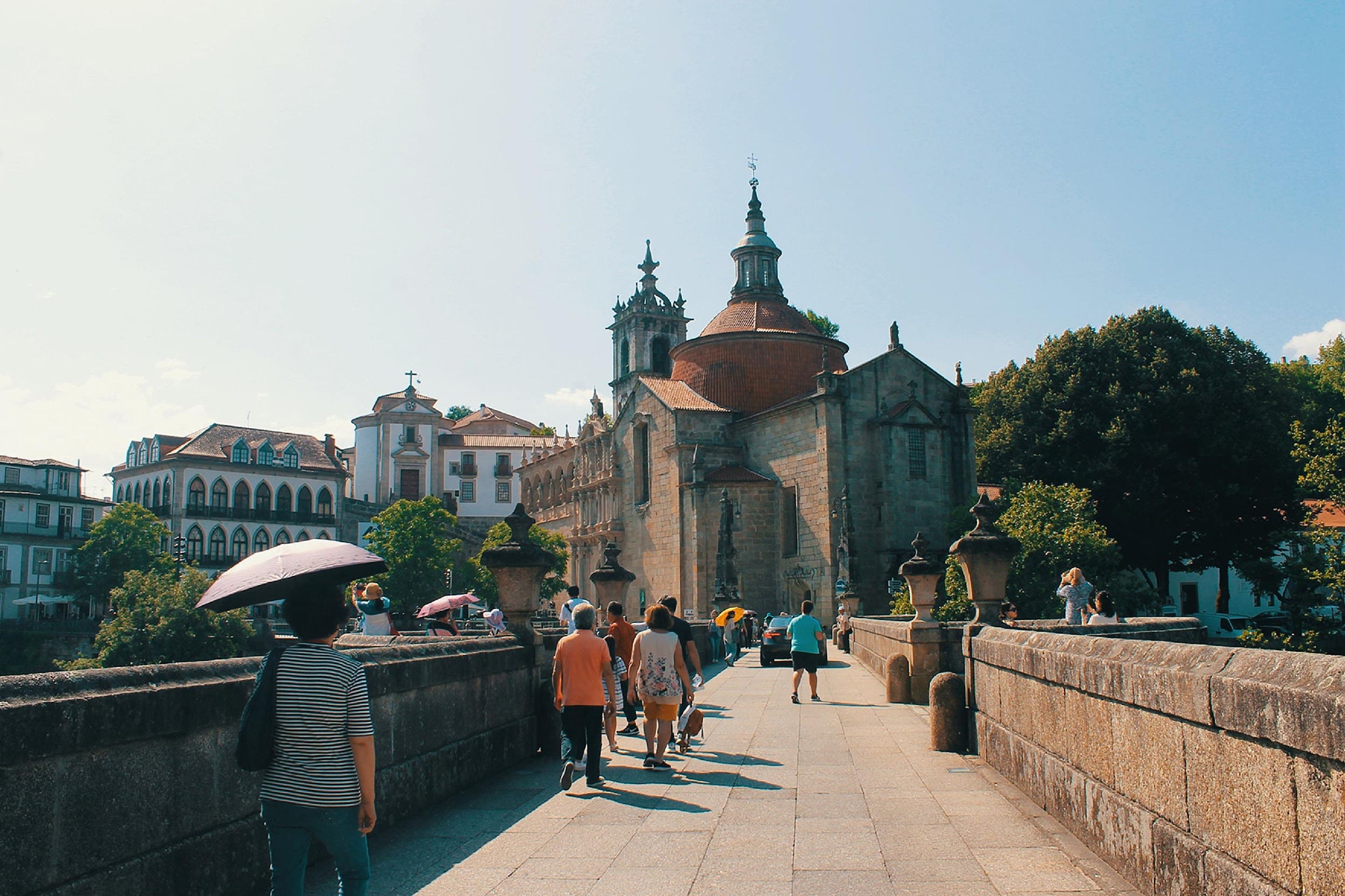 From the bridge, visitors will be able to admire the flow of the Tãmega, dotted with countless bars along the river. We recommend crossing it and admiring the magnificent Monastery of São Gonçalo built in the 16th century. Attached to the monastery is the Church of São Gonçalo, with inside the chapel where the saint lived and was buried. His tumulus is surrounded by magnificent frescoes that tell some episodes of his life. 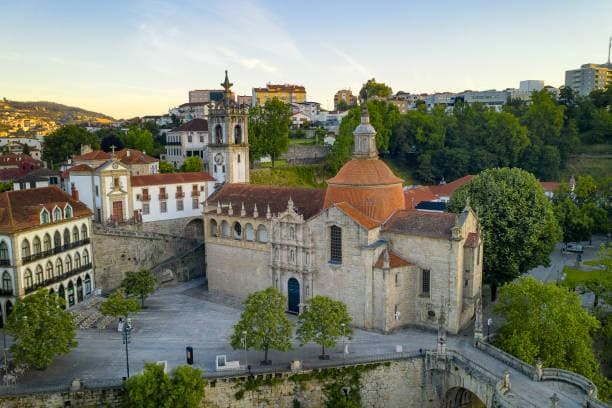 It is also possible to visit the house where Teixeira de Pascoaes lived, one of the most important poets and writers of the 20th century. 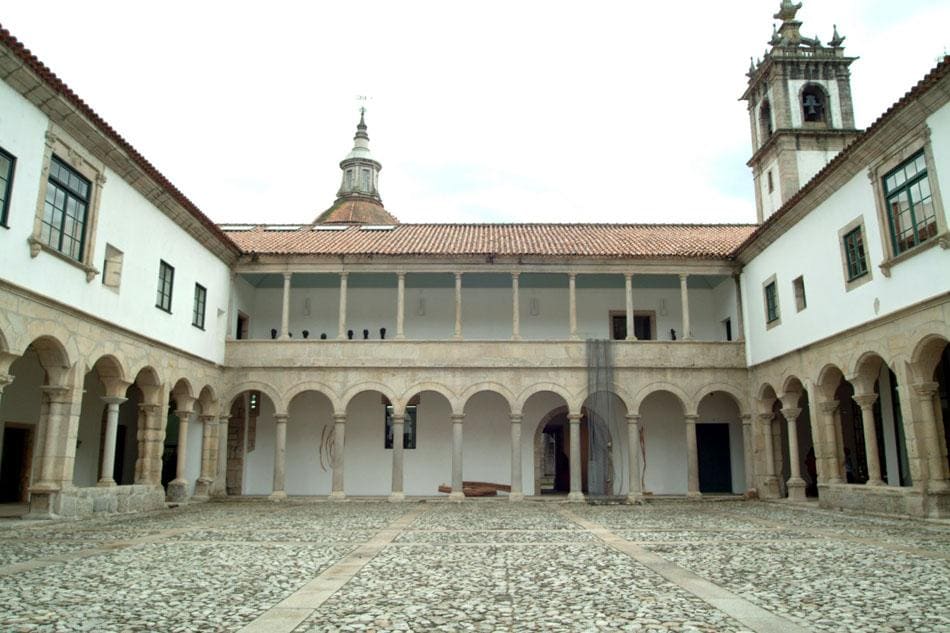 If you love nature, about an hour from Amarante you find the Alvão Natural Park. In this small protected area of ​​just 72 sq km you can admire numerous species of plants and animals. Perfect for families and children.

In the area it is possible to participate in a tour of the Valle del Duoro, a famous wine region elected as a UNESCO World Heritage Site that produces the famous Port wine. The program includes wine tasting, a typical lunch and a river cruise. 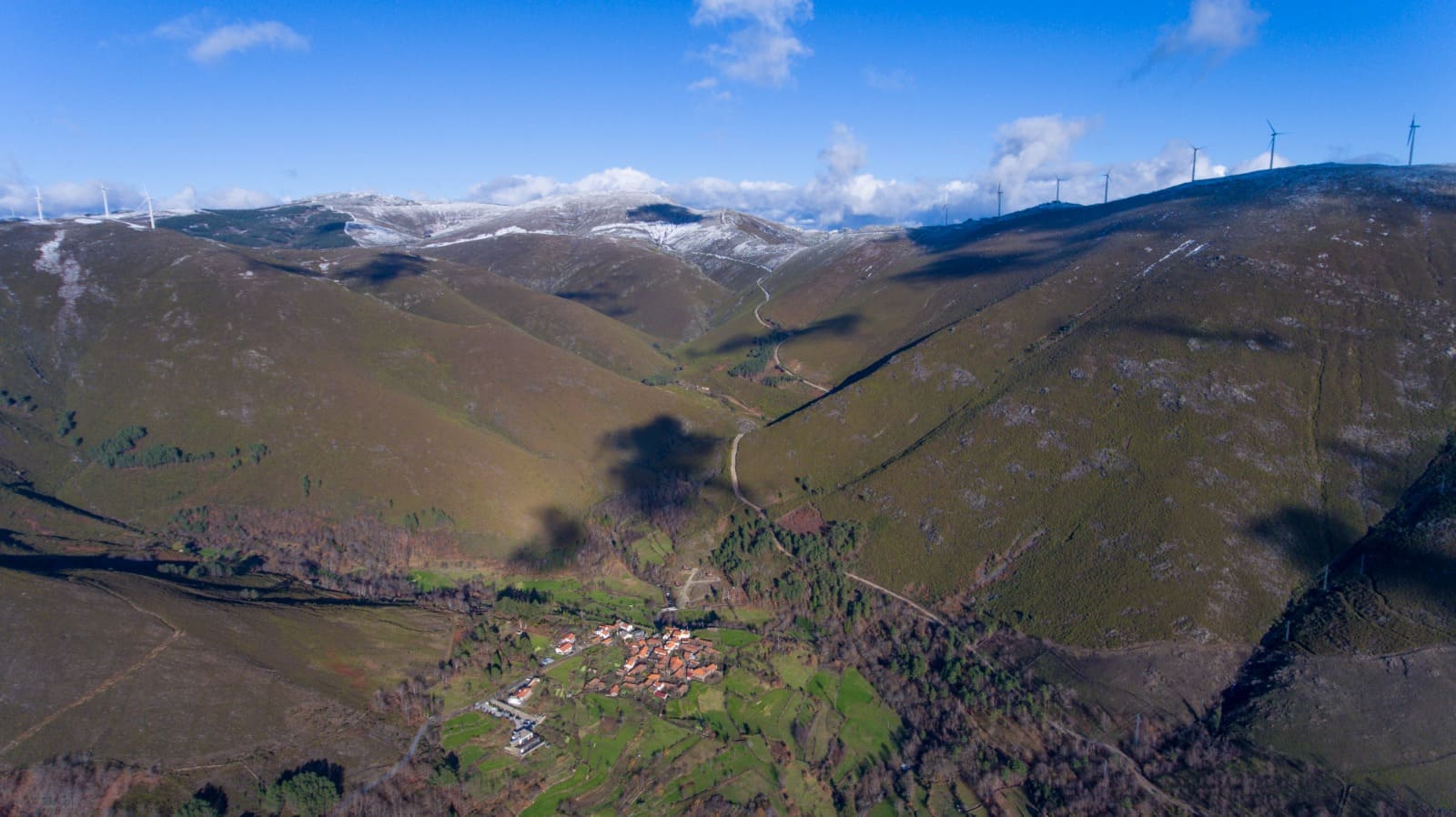 In the proximity of Amarante, the main race starting point, oyou can visit the town of Porto, the second most important city in Portugal. 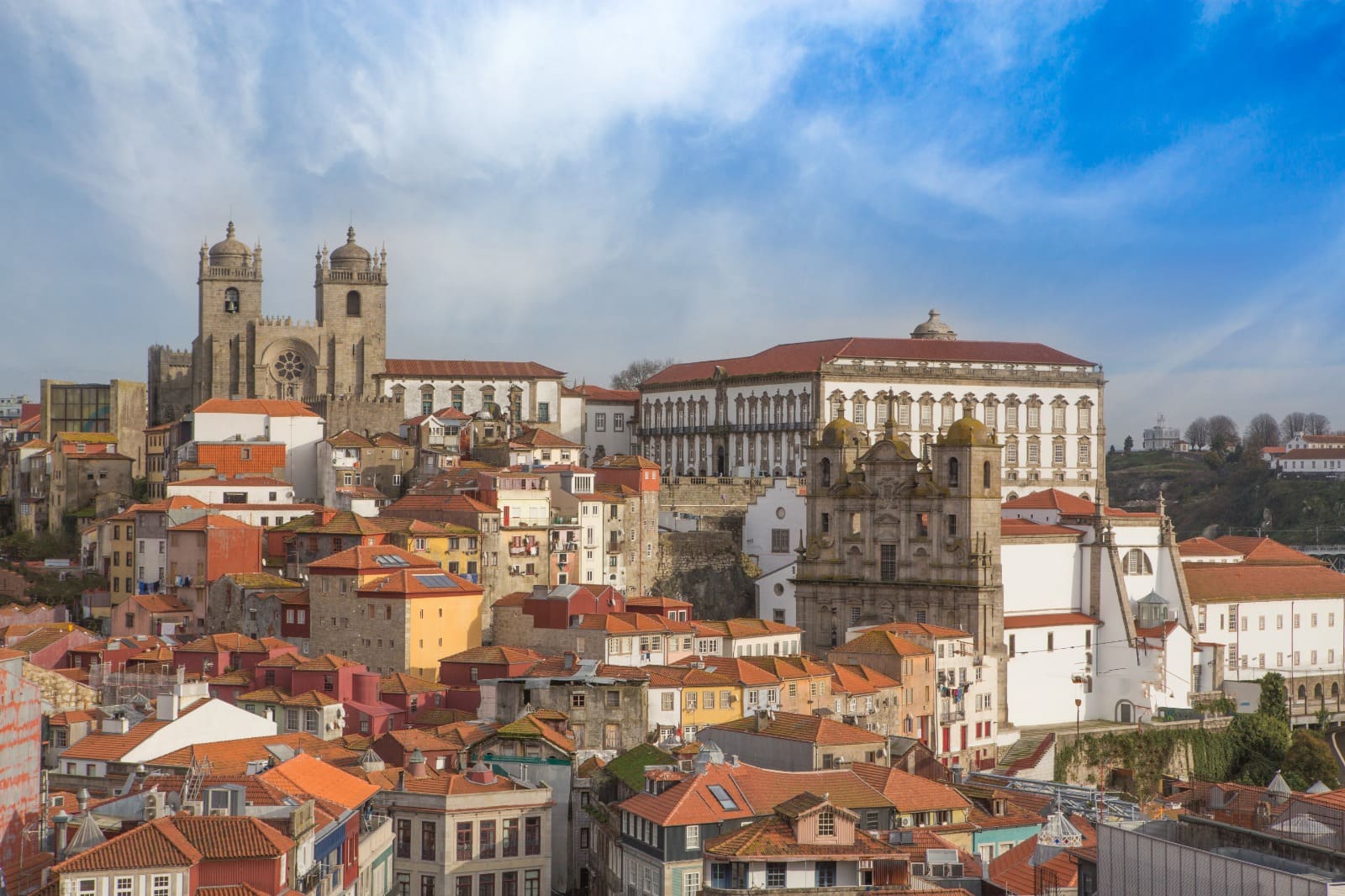 During your stay in Amarante and Porto you can also enjoy the rich traditional cuisine that both cities offer.

Do not miss the fantastic flavors of meat and cod dishes, accompanied by a good glass of Vinho Verde or the legendary Port, two prized local specialties.

Don’t forget to taste the famous sweets of Amarante in the numerous local patisseries. 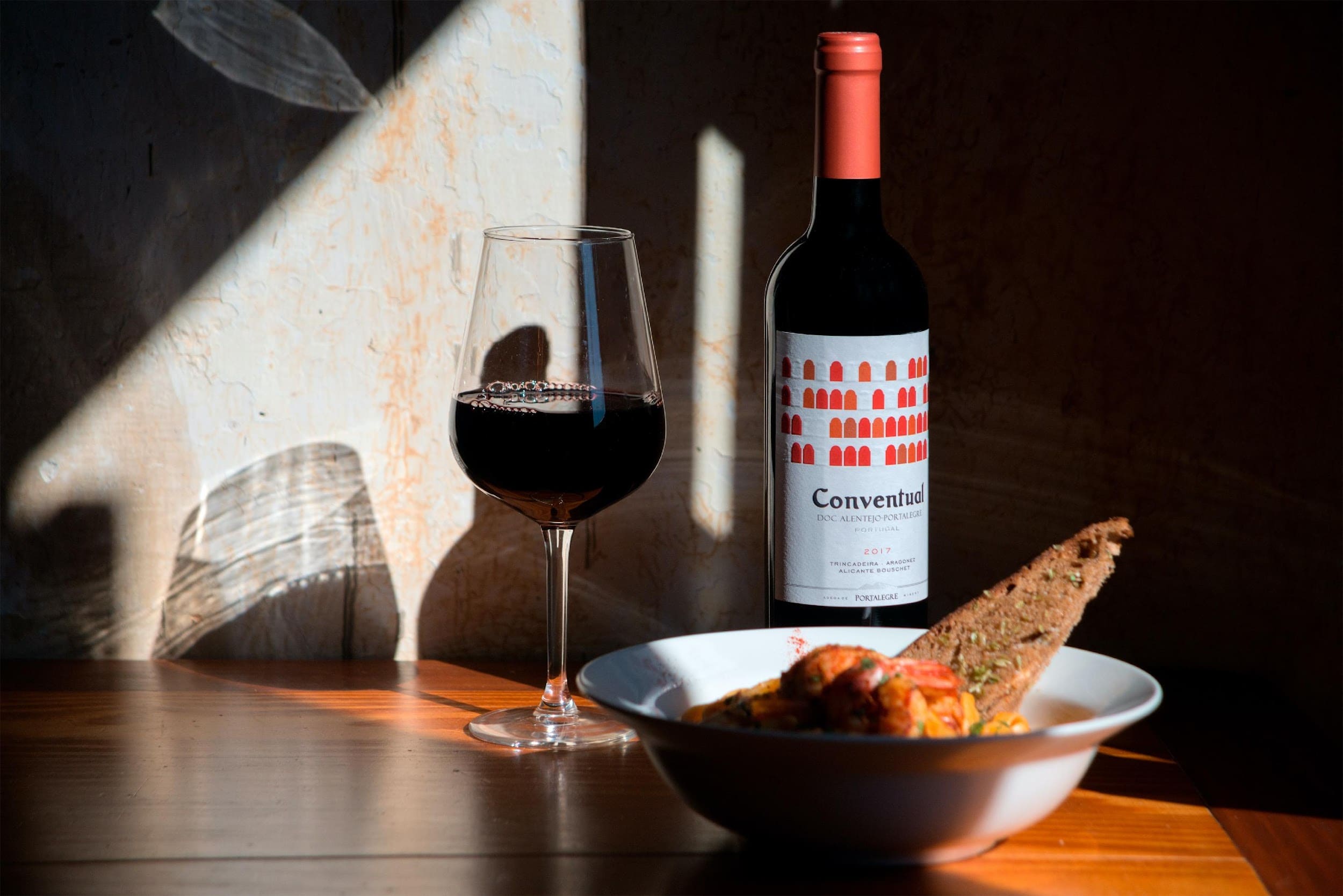 WHERE TO SLEEP AT THE ULTRA TRAIL DO MARAO

Amarante is the village that offers the best accommodation proposals to participate in the Ultra Trail do Marão.

You will find good accommodation at the Hostel Des Arts or Hostel de Covelo, with shared dorms and private rooms at great prices.

For those traveling with the family, an excellent solution is the Casa do Mel, the first tourist accommodation in Ansiães in the heart of the Serra do Marão.

Another option is the Hotel Navarras, which offers family rooms in a modern and welcoming environment in the center of Amarante.

HOW TO GET TO ULTRA TRAIL DO MARAO: AMARANTE (and Porto)

To participate in the best 2023 trail running race, the most suitable option is to take a flight to Porto and then continue towards Amarante. Alternatively you can fligh to Lisbon.

Amarante is located in the district of Porto and it is 40 minutes (about 60km) from the city of Porto. 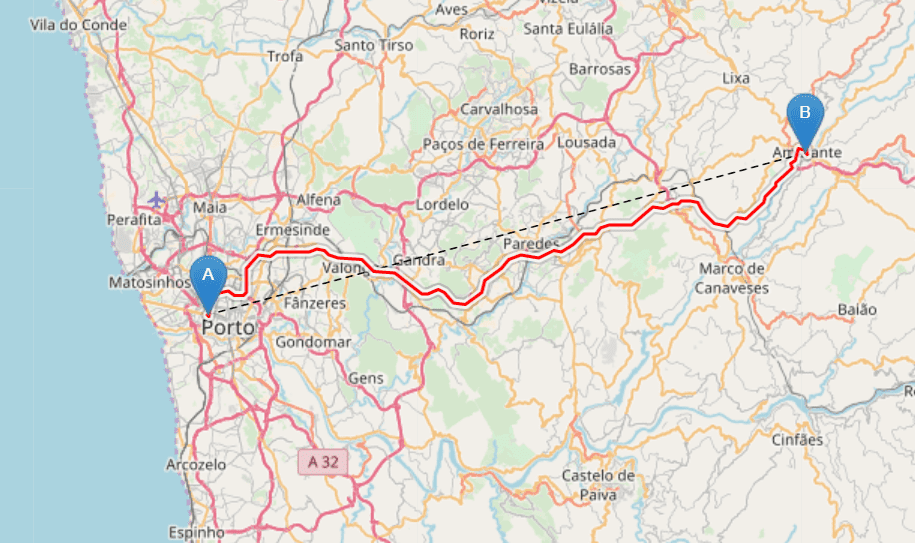 Definitely the fastest solution, with a 45-minute journey and a cost ranging from 6 to 10 euros. Connections depart every two hours on a daily basis.

There is also the possibility of reaching the destination by taxi, stationed outside the Porto airport.

By renting a car at the airport, you can take the A4 motorway starting from the city of Porto and in 40 minutes you will reach Amarante.

Do you need support or do you have any doubts? Write to us: info@trailrunningmovement.com