Written by admin on 24 November 2017. Posted in Trail World News. 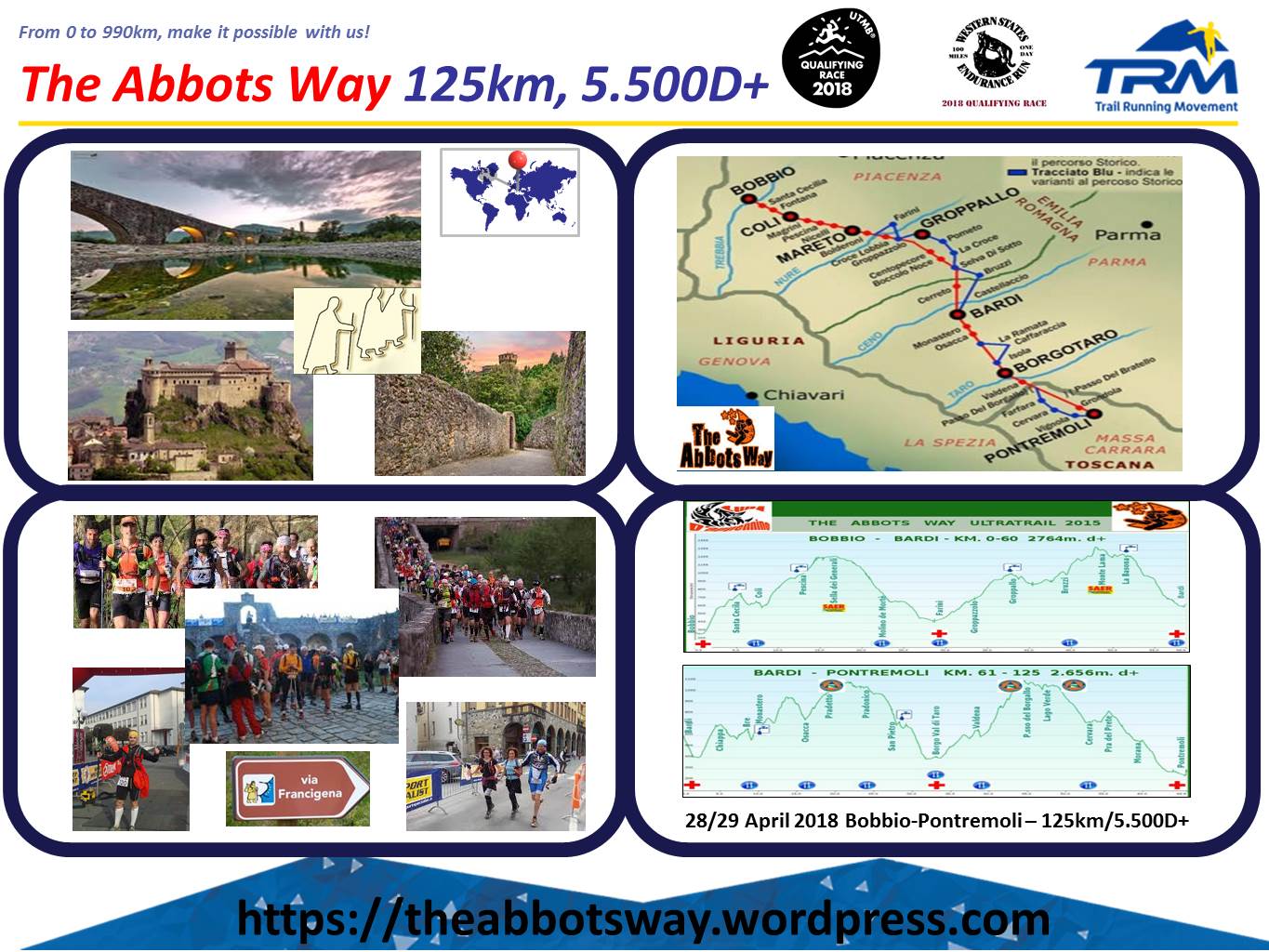 The Abbots Way Ultra Trail 125km runs through part of the ancient medieval path used by the monks to travel from Pavia to Pontremoli. The entire route of the trail running competition is marked by medieval discoveries such as towers, castles, fountains, chapels, and roads paved in stone. The trail running race track today is used by hundreds of hikers, bikers and riders, with numbers increasing each year.

The places and villages crossed by the race are those cited in The Diplomatic Codex of the Bobbio Monastery, namely Boccolo dei Tassi, Borgotaro, Borgallo and Pontremoli.

The trail running race track of the Abbot’s Way itinerary is filled with history, art and culture; however, it is also an itinerary where taste plays an important role. In the 125km from Bobbio to Pontremoli, the gastronomic traditions of the valleys are very much alive.

The Start of the race will be in Bobbio the 28th of April at 6:00am and you have the possibility to run alone (Solo) or in Relay (Express Team).