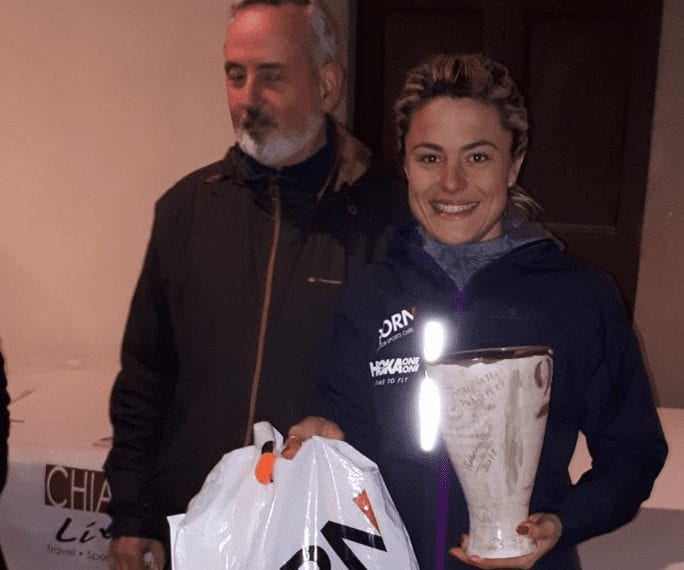 Caterina Corti, trained by the TRM Coaches, grabs an excellent 2nd place at the Chianti Trail Ultra, a new 73km ultra trail running race with 2600 meters of positive elevation. The Chianti Ultra Trail is also a TRM Friend Race and joined the TRM Network end of 2017.

Few words about the 1st Edition of the race. More than 600 Trail Runners from different 22 countries were at the starting line of the trail running competition in Radda in Chianti. The trail track of the race passed through famous historic vineyards, touched the charming and well known Church of San Giusto, then ascended to the beautifull Vistarenni renaissance villa standing just right in the middle of the Chianti hills. From there the trail runners had to face the tough long ascent to Monte San Michele, the highest point of the Chianti Trail Ultra, followed by the descent towards Volpaia one of the most famous and characteristic villages of all the area. After Volpaia the track of the races pointed directly to the finish line.

Congratulations to Caterina, arrived at the finish line a few minutes after the first women. Caterina continues her preparation towards the Tor des Geants, the 330km endurance ultra trail, part of the 5 Legends circuit, that takes place in the month of September.